The 12 Hour Monkey is off my back. The Monkey has left the room. Yes, the dudes at the back of the pack are not known for exceptional performance at 12 hour races. It’s a psychology thing that translates into mediocre miles. BUT the collective performance of the Brothers Rohwer at the 12 Hours of the Wild West may set new expectations for the Back of the Pack racers at these ‘daylight’ events. Then again, the next 12 hour race for the Back of the Pack crew…. 2012. So who knows.

Anyway, the decision to trek down to Fort Stanton for the 12 Hours of the Wild West was a good decision. Both the Morale Chairman and The Judd raced for 11+ hours and each achieved a personal best for a 12 hour format. The pain was real, the suffering was exceptional, the miles were earned and the results were a bonus.

I’ll start off with the video and course data. I assume the average B.P.R. fan has a short attention span. Why? Because I do, dude. So work your way down the posting… or… don’t.

Even though I’m an electrical engineer when forced to earn a paycheck – I’m an Artist at heart. I know the videos from the Back of the Pack are boring. Prob-eee tells me daily that he ‘is too busy’ with his naked yoga to watch these boring videos. But I’m working on my artistic skills. This video is short on action but scripted to match the western love song by Rancid. Yes. It’s all about creating a mood, delivering the views AND giving The Madre and The Professor Emeritus an idea of what their little big kids are up too. (Damn, that paragraph gave me a headache. Talk about an incoherent assembly of incomplete thoughts.)

And just remember. A rigid single speed coupled with a rough track = a rough video. That’s just the way it is.

12 Hrs in the Wild West from Judd Rohwer on Vimeo.
A view from the Back of the Pack
The Course:
The Course? Rough and Tough. That’s all I can say. The majority of the climbing was in the 1st 4.5 miles – except for two short painful sprints near mile 6. The downhills were fast, for some, and very rough for us dudes sporting the 29 Inches Single & Rigid patch.
Not that I would ever recommend suspension and gears – but if you want to go fast at 12 Hours in the Wild West – you may want suspension and gears. I have principles, so I’ll stick with rough, tough and slow. 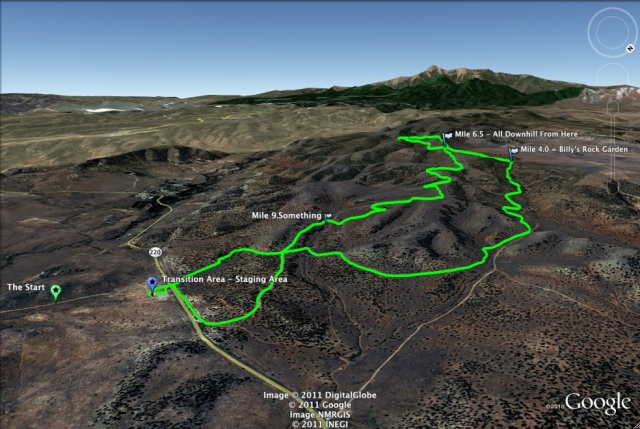 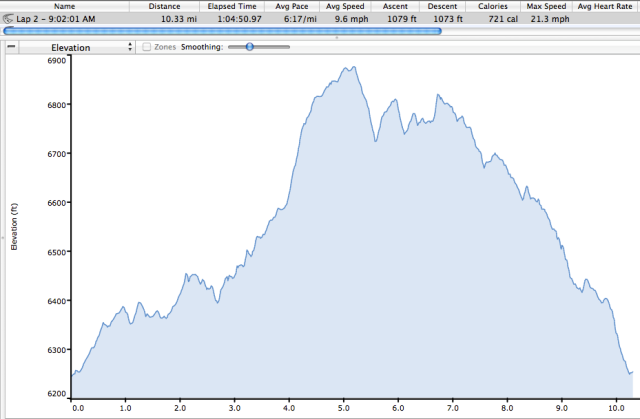 The B.P.R. Awards:
The Hardware 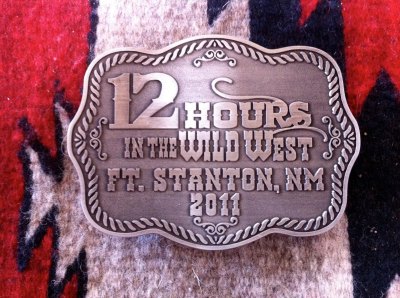 The Back of the Pack Championship:
The Back of the Pack Championship Series is growing – growing because The Hustorian has the power to define and redefine the Championship Series. The 12 Hours in the Wild West definitely deserves a spot in the series. Why? Because I said so, I’m The Hustorian. (That’s Hu-stor-ian, dude.)
Anyway, there is definitely a race going on in the B.P.R. Championship Series. Well, a race for 2nd place. The Judd has not wrapped up the championship, yet. But it clearly looks as if the the battle is for 2nd place. 3 dudes battling it out. Then there is Prob-eee. Some people may wonder why 3 dudes are tied at 99 pts and Prob-eee has -40. Simple. If you snooze, you lose. And Prob-eee’s favorite activity is ‘napping‘.

The 12 Hour Psychology of The Philosfizer:
The 12 Hour Psychology? What? Yeah. Back of the Pack Racing usually suffers from the wrath of the 12 Hour demons, the 12 Hour Monkeys. Why? Because. It’s all about the psychology of dudes that eat too much pizza, drink too much beer and analyze the ludacracy of the single speed lifestyle.
Believe it or not. A 24 hour race is much easier than a 12 hour race. Simple psychology. The ‘fun’ in a 24 hour race starts around dusk and goes deep into the night – until about 3 am when the demons go for the full frontal assault. (If you’re lucky, the battle with the demons will be over once the sun rises – a short 3 hr battle.) So a dude at the back of the pack looks forward to the late night racing and thrives on the 3 hr battle with the demons. To put it another way, when you look forward to something – like the 2nd 12 hours of a 24 hour race – then time flies. The 1st 12 hours of a 24 hour race is a piece of cake.
So, the problem with 12 hour races is obvious, right? What do we, the average single speed freak, look forward to during a 12 hour race? 1) the 12th hour, 2) the beer at the end of the race.
Therefore time creeps & the mind wanders – which makes the 12 hour race format very difficult for a few of us freaks. And remember, a 100 mile cross country race is much easier than a 12 hour race. Why? If you can’t stop at the pit, you can’t stop.
Make sense? Probably not. Most people can’t follow The Psychology of The Philosofizer. That’s ok.
The Lesson Learned – The Alternate Reality of Tedd:
The Morale Chairman’s Strategy:
The Morale Chairman is a corporate dude. The Morale Chairman is a family man. The Morale Chairman is The TeddNeck. Therefore the Morale Chairman doesn’t turn over the cranks on a regular basis.
So what’s the Morale Chairman’s race proven strategy?
Funniest 5 Minutes of The Race:
Lisa, the race MC among other duties, said on the PA system  “you all should go check out these Black Sheep bikes that the dudes of Back of the Pack Racing ride”.
So, a dude walked up to The Morale Chairman – probably around 3 or 4pm. The dude asked The TeddNeck if he could check out the sheep. The TeddNeck said ‘no problem’ and proceeded to do his thing, like apply more sunscreen – or something. A minute later the TeddNeck looks up and the random dude was taking his Black Sheep for a spin.
Yikes. Brings up memories of the Lt Col’s Black Sheep kidnapping nightmare at the 2010 edition of 24 Hours in the Enchanted Forest. That’s funny – if you ask me.
What’s Next:
Just more riding, which includes
The Summary of The Summary:
It was a quick trip for The Morale Chairman and The Judd. We had a great time hanging with great people, great friends. And we met new friends – that previously existed only in the the alternate universe of the Blog-o-Sphere. Back of the Pack Ludacracy is catching on – and we love to talk nonsense with all the dudes and dudettes out there.
Oh Yeah, The Pics:
packed for another race 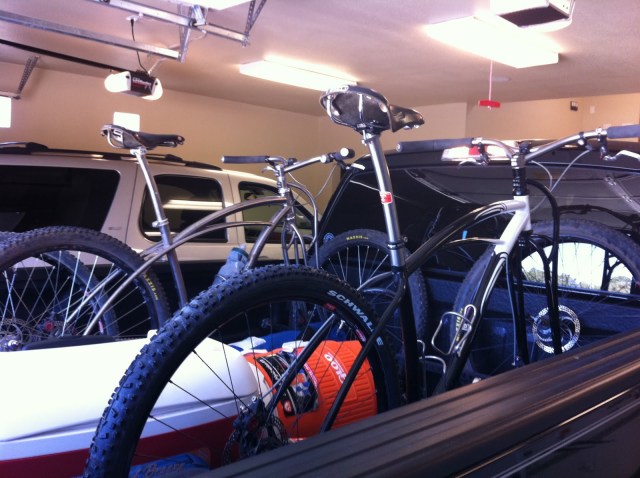 The TeddNeck & The Redneck sporting plaid in the mountains

downing a quick Dale’s at the local hangout 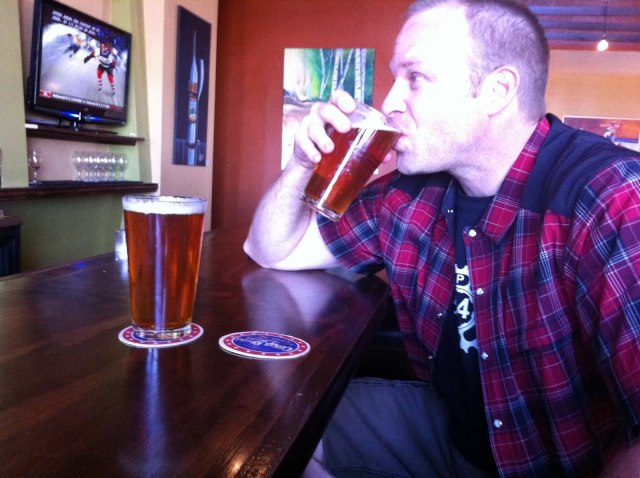 the ultimate B.P.R. pit – Thanks Lindsay! 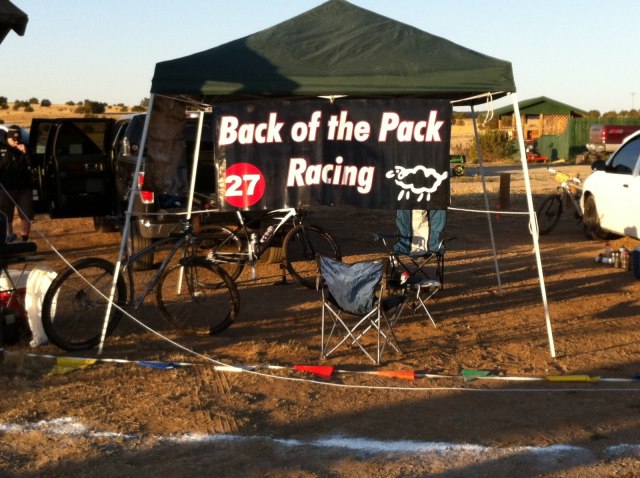 the start of the suffering 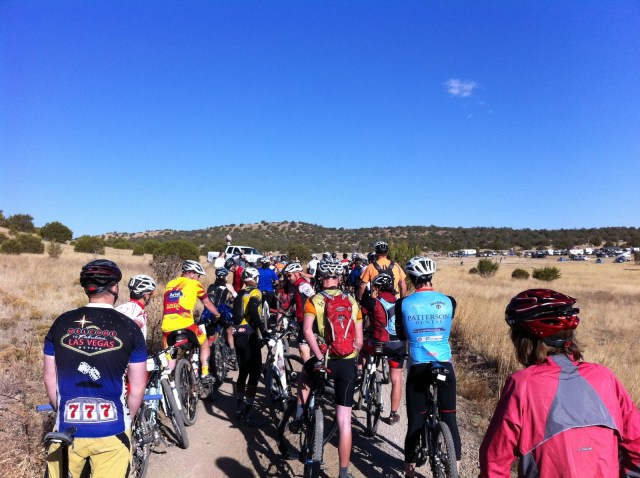 the crew- the bad photo at the back of the pack 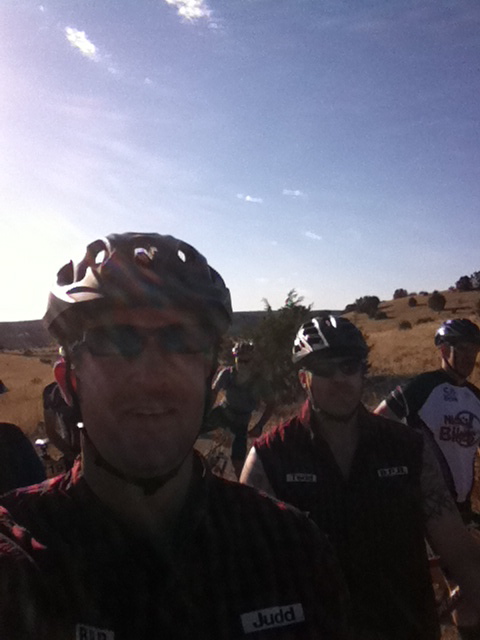 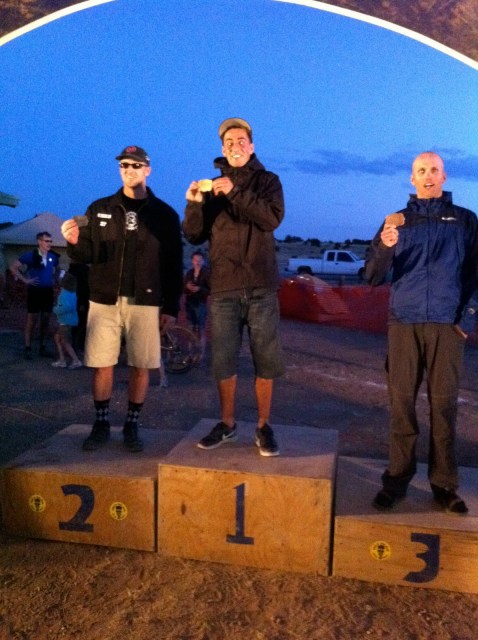 3 thoughts on “12 Hours in the Wild West: Race Review”