BACK OF THE PACK RACING: Iowa Chapter 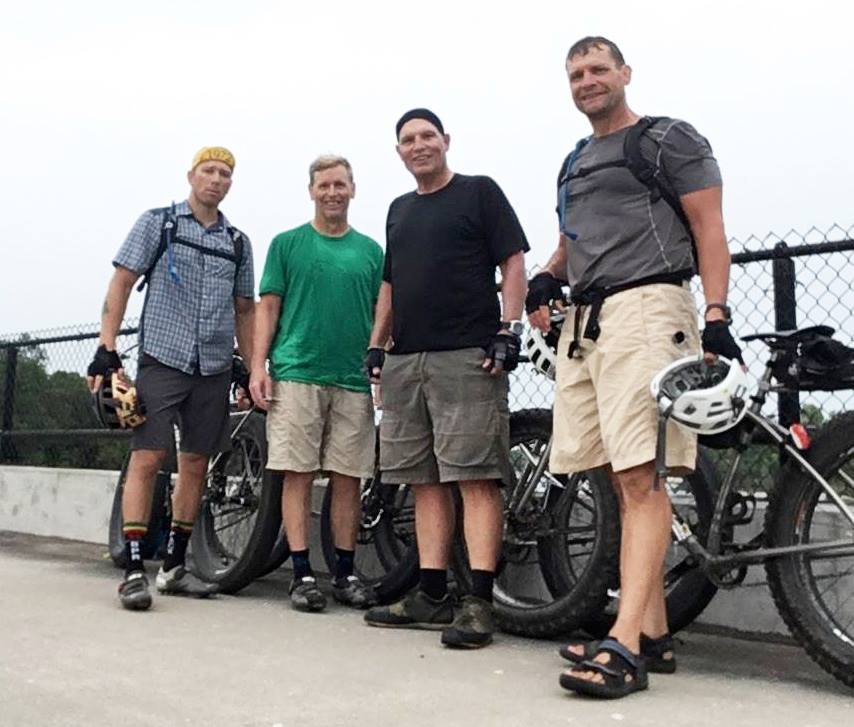 By the Authority granted to the Chapter Leader by the Founding Fathers, the Iowa Chapter hereby adopts the following charter for Operation.

1.1 Mission
The mission of the Iowa Chapter of BPR is to promote year round single speed riding and racing, do so  wherever, with an emphasis on peace, love, and ludacracy and exploring new routes to ride.

1.2 Vision
BPR Iowa believes in doing endurance events in the mid-west and northern plains, because KS, NE, SD, ND, MN and WI are beautiful places, on single speeds. It’s about completing the event and emptying the tank to do so if needed. We try to join other chapters at events, and making the pilgrimage to NM is an eternal goal.

1.3  Intent Ride single speed bicycles and bringing others into the alternate reality.

1.3.1 Sure, we enjoy spanking too serious of racers in spandex, but riding hard with single speeders is the passion that grounds us.

1.3.2 We respect how harebrained ideas can produce magnificence, so getting from point a to point b produces lots of stories.

2.1 Requirements
All members of BPR IA have a single speed bike and ride it, regularly.  VFS.

2.2  Since gears are the path of the devil, Iowa BPR does not use them, anytime time, anywhere.

3.1 The “Look”. Street clothes are riding clothes:  Button down shirts, t-shirts, shorts with pockets etc.  Button-down shirts, plaid & patches. No matter how cold the event is, the patch is visible (sometimes to the to the horror of the Founding Fathers), at least when we take off our coat or pants.    If you want to choose an expensive, fancy winter jacket for an event, you’re stuck – be prepared for ridicule. Or, get a wool coat and sew reflective strips next to the patch.

3.1.1 If you prefer to wear the kit of another racer team, you won’t be choosing to join Iowa BPR, so you won’t have wear the patches.

3.1.2 Silk underwear is not a performance enhancing drug, even though it’s acknowledged that grinding the saddle while wearing silk increases output. For further scientific clarification consult the Founding Fathers.

4.0 Membership of the Iowa Chapter

4.1 Membership of the BPR IA Chapter will be determined on a case-by-case basis, but a demonstrated love of riding 100 miles of gravel or more, positive engagement with other riders and are okay with any of the following:

Eating three-day old chicken burritos; backing a truck down the entrance ramp of a five story carport; laughing at yourself and others in the crew when you should be very worried about whether you will survive the night; having a special pair of gloves for winter wiping; you marvel at how the symmetry of the cuts on your shins match the spikes on your platform pedals; you get lost repeatedly; when you do use bicycle shorts you put them on backward, and you’re ok with the fit; you go to a pizza palace and request being able to place your feet in the kitchen sink; you drink 3 liters of ground water running through a cow pasture knowing that you won’t be sick until the race is over; you get run over by a bedazzled, spandex wearing CAT 2 racer and you apologize. Being ok with others in the crew doing these things is basic.

4.1.1 We like nice people. We got over being cool last week, because we are the coolest. Right?

4.1.2 Riders who frequently suffer from complaint syndrome will be told to knock it off as we get you to the next bar/checkpoint.

4.2 Member Requirements of the BPR IA Chapter will include but not be limited to the following:

5.1 As the BPR IA Chapter is based on the principles of going from point a to be with a smile, there are specific Nutrition Requirements that will be strictly enforced while doing events.

5.1.2 If it taste good it will probably do the trick. Real food. Real Food items include pizza, candy bars, potato chips, hamburgers and the Bomb Burrito.

5.2 Adult Beverages of any nature are highly encouraged for socializing before, during and after Events.  (But don’t expect the Ti Machine to drink anything but water or pickle juice.)

If it is not addressed in this Charter, then the Global BPR Rules will apply.

Profiles of The Crew

JB  aka The FrontMan

Yep, the dude from the Midwest, The Leader of BPR Iowa, redefines the term Super Freak.  And this Super Freak roles out in Patches and BLACK no matter the weather, no matter the race, no matter the HEAT.  You’ll see this freak at all Midwest ultra endurance events and he’ll be rolling out on his fat Black Sheep. If you’re lucky, jump on that big a$$ fat wheel and draft as long as you can. It’s all cool. And it should be legal. Just buy the dude a beer at the finish line.

Webster Dictionary… Machine: a )  a living organism or one of its functional systems b)  one that resembles a machine (as in being methodical, tireless, or consistently productive) <a gifted publicist and quote machine — John Lancaster>

Urban Dictionary… Machine: 1) A man made gadget that preforms a task to the benefit of it’s creator. 2) A soulless human being that’s only as alive as much as a running clock or car.

JB aka The Front Man aka The Leader of BPR Iowa

I roll with a small tribe of hooligans all of which are born and breed in the land of great gravel, Iowa. Except the Professor who proudly wields a Missouri flag and rants about how many days old a rhinoceros asshole could be before he’d still eat it. But rule one in Iowa is you don’t question the Professor, for he rights the rules. You also don’t leave anything of value around when he’s hunting for T.P. We are a tribe of Builders, Stonecutters, Ex Rugby Players, Wrestlers and Sasquatch hunters.

We roll Single Speed, Phat and Rigid. All of us cut our teeth at an early age to the single speed lifestyle rolling on BMX bikes as our sole mode of adolescent transportation. Endless miles of gravel can harden a young impressionable Iowa boy into a badass. It can also teach him an important life lesson, that only pussies ride skinny tires on gravel. The men of the potential Iowa chapter are not large in numbers, but compensate for that by being wide in the bottom bracket. We also thrive on the goading, harassing and peer pressure that built this great country.

In closing I swear to uphold the ludacracy, hooliganism and of course continue to fight the “Rebelation.”  I say as many amongst us choose to drink the skinny tire, geared, carbon Kool-Aid, pass me the Magic Whiskey. 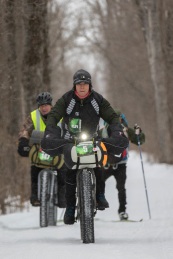 Please accept this, my letter of intent. I hereby swear (I swear a lot) to uphold the ways of the alternate reality and spread the ludicracy far and wide with cosmic velocity.

Peace Train…..out on the edge of darkness. That’s where I’ve been riding lately, not the bike but life in general. I’m trying hard to be happy all of the time (keep reading) for me, you see, the alternate reality is happiness, contentment, a sense of community. My journey down the road of single and ridged began with generosity and kindness, yeah….a free bike. Minus some bits and pieces. I have become a bike junkie in the last five years and my riding pardner had a frame he was never going to use, hell, I didn’t even have a disc brake bike until now. Wheels we’re bought and set up single speed due to lack of funds and encouragement from my “kind” pardner. See this dude, my friend, went single speed as a way of life and I respect him for that. We have discussed at length the advantages and clarity in riding single speed.

As luck would have it Ti Machine moved into my hood. I could not fucking believe it! Why would a hard as fuck rock star like Ti Machine move into my neighborhood? So I waited and listened, trying to meet up with this boss as much as possible, he’s real busy you see, teaching lots of dudes and dudettes every year on the path of MIY bikes.

Then the week came when James Bleakley “ The Master “ came to lecture and create in TiMachine’s house. He brought Corbin and Terrin along for the fun. I got to see the whole thing go down right before my eyes….the ludicracy began. Listening to “The Master” was like sinking into a warm bath. The ludicracy lingered with the rainbow anodizing of the Deathsplosion fork. Kevin Chamberlin and Corbin Brady laughing and running around like school boys . The force is strong with these two houligans, and so it continued that day as head badges were installed, frames and forks were created, ramps were built in the parking lot out back…..the ludicracy continued long into the night, unaware I was being drawn into the pack and I believe it could be something good has begun.

So this guy gets down sometimes, more than I like but riding bikes with my family and mates makes me happy. It’s simple and pure. As I ride I dream about the world as one, Dudes and Dudettes riding together at the back of the pack. I have been working on slowing down, allowing myself to enjoy. Not giving a fok about time or direction. Back of Pack is good for me! That’s where the hooligans’ that really know how to live band together to fight the mainstream norm….The Alternate Reality.

Opportunities‘…..You gotta grab’em by the pussie. So many times in my life I have let them pass by. When TiMachine and The Frontman asked me to come to Arrowhead I cleared the journey with my foxy foxy momma (Cause she holds the fort down while I’m away) and committed to the ludicracy. I would provide unconditional support, the human jock strap! As a bonus I got to meet The Philosofizer, The Moral Chairman, Woody the Preacher (we had some secret dealings prior to AH) a surprise like minded soul Deuce and Dave, DaBeard, man loves to give meat!

Saturday morning I dropped my bags at TiMachines headquarters and handed in my suspension fork as a trophy for him to mount on his wall, All in!!

So I have been happy lately thinking about all the good things to come on this adventure. I had planned on writing my LOI on the trip up but the stories told in that truck were to good not to give my complete attention. Riding up with two veterans of ultra events, TiMachine and Lisa Paulo, the bad ass runner that hauled another out on her sled in time of need. I have to say I had no idea of what I was in for. The quality of the beings I met was unparalleled. The level of ludicracy unimaginable.

Now I’ve been smiling lately. The Peace Train is sounding louder. This will be my year to break my 100 mile barrier and I intend to do it at the Back of the Pack, single ridged and smiling because I have found The Alternate Reality.

May your ride be long and full of memories,

FYI. We have no ‘selfies’ of Peace Train… cuz the guy is elusive or not photogenic or something.

Scott aka The Answer is 42 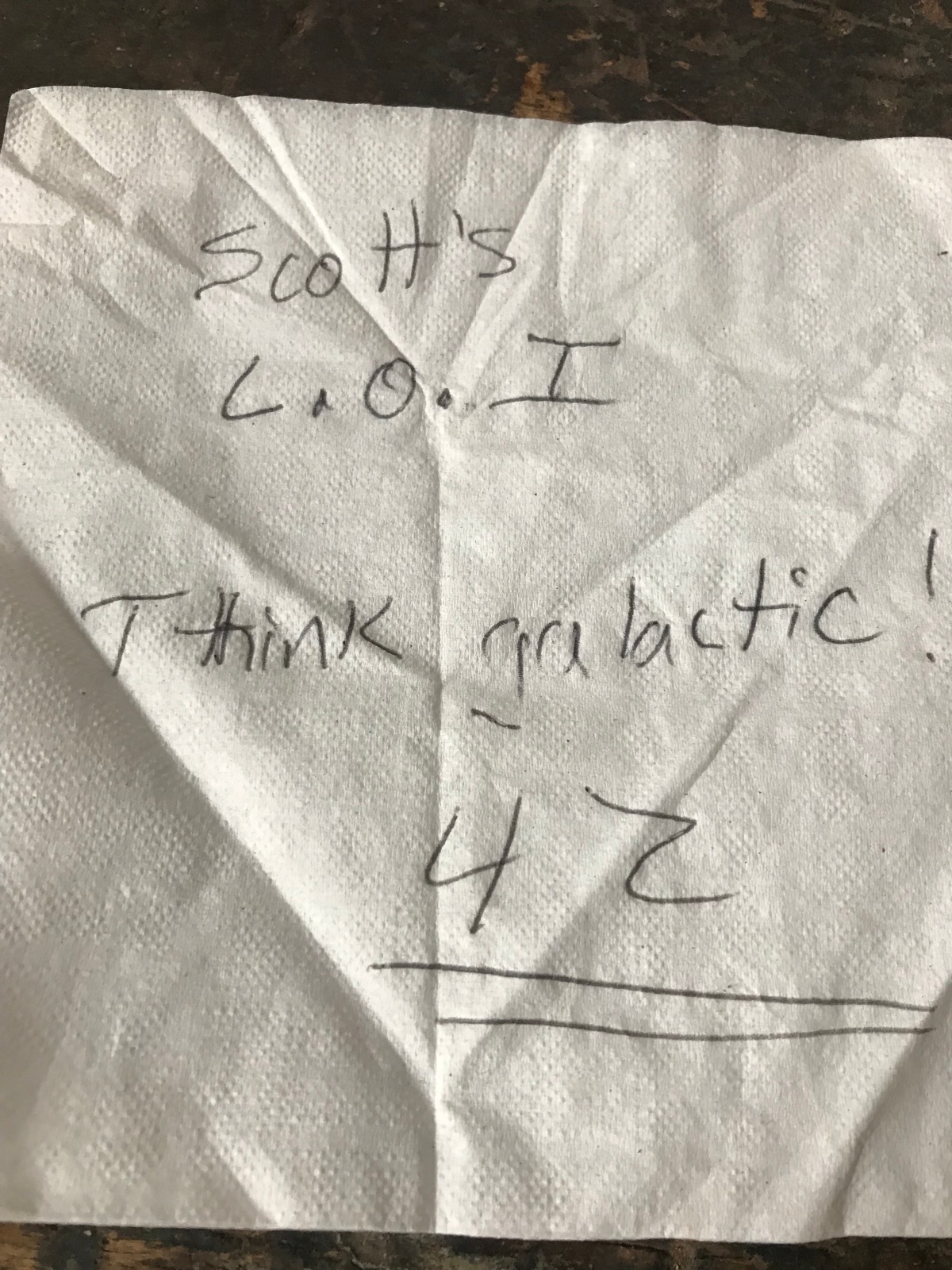