Back of the Pack Racing – Rhode Island Mission and guidelines

It’s about loving everything

the little bits of crayons

all the things you wish you had

to spread the stoke

to inspire others to go out and pay the stoke forward 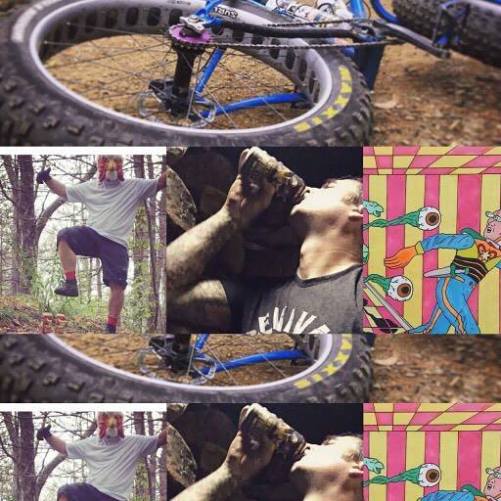 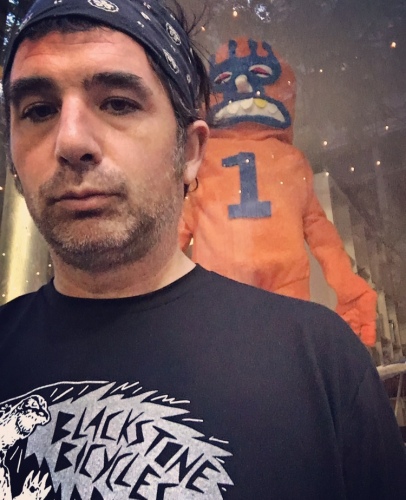 I wear a uniform when I’m not undercover in my full on crunchy gear, flannels, bike t’s, 5-tens and baggies. I like to ride and hang with artsy creative characters, so much so I married one.

A acceptable ride is anytime I can move the pedals on my bike, a good ride is when I’m doing it with friends. To make it a great ride add beer, good coffee and some chow!

Its about the GO.

Go. Everyone goes, but it’s all about how you go.

Go at your own pace, enjoy the scenery.

Go when you want, where you want.

Go inspire others to the way of the cog.

Go with simplicity. Gears are overrated.

Go. Get off your couch ride yer bike, drink a beer. 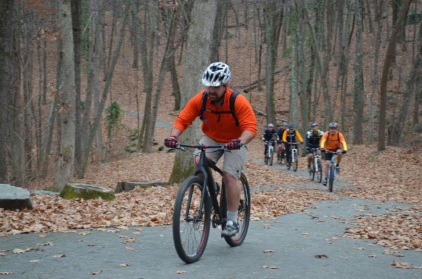 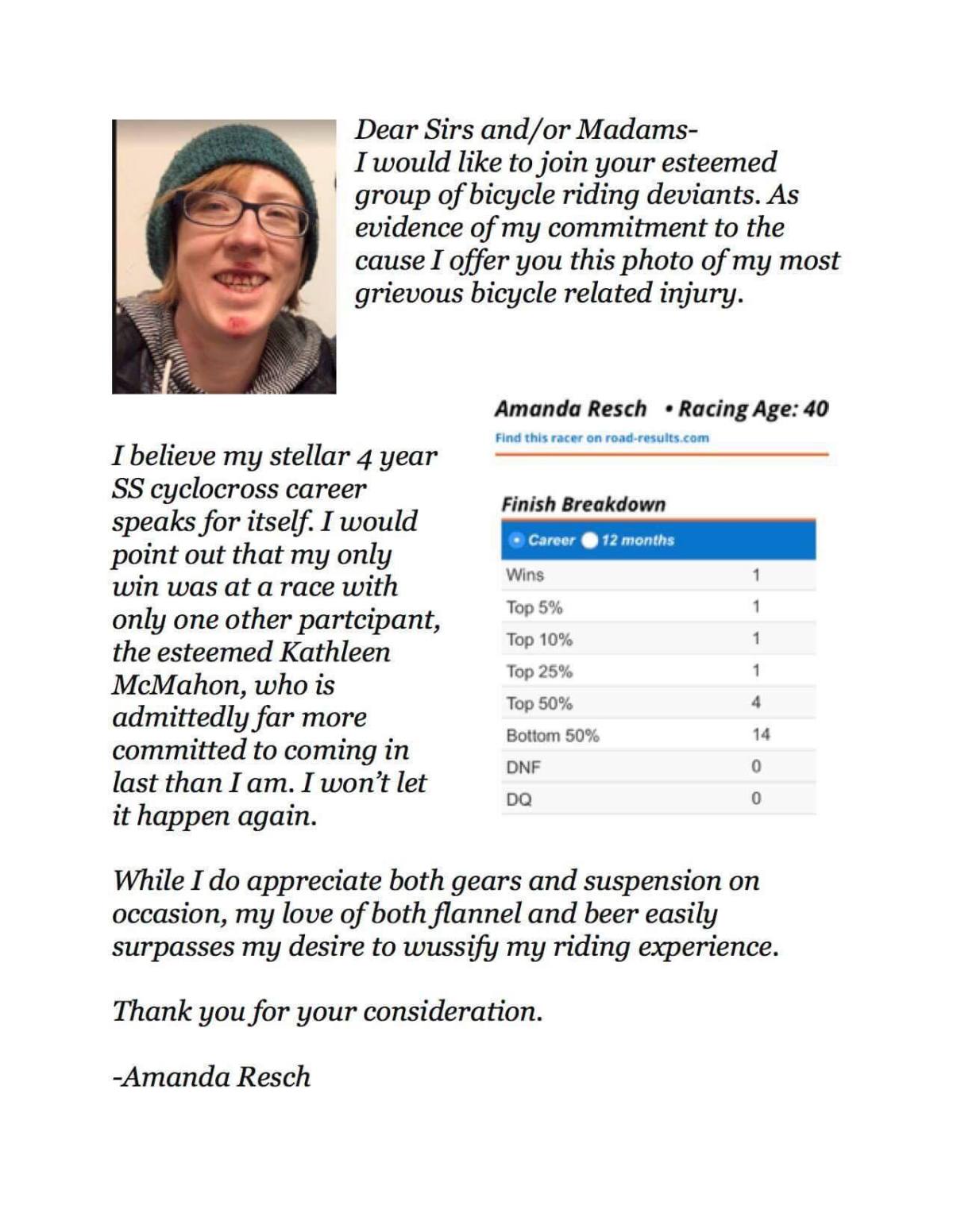 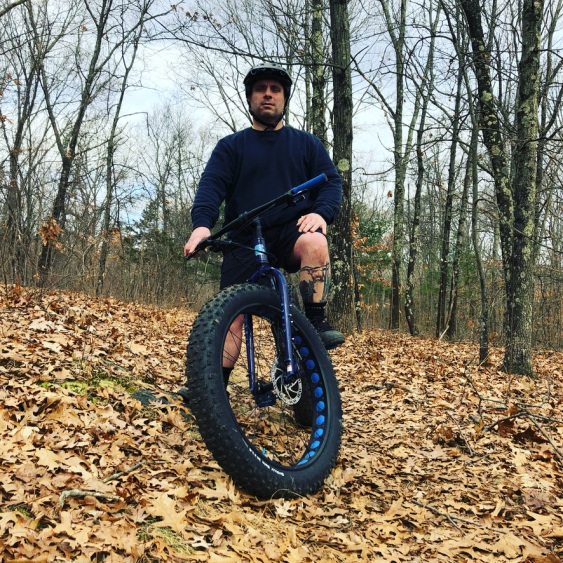 Pj aka The Beer aka Captain Tenille

There’s a few important things you should know about me

• There’s always beer.
◦ I intend to keep drinking it and bringing it
• I will bitch extensively about the music after my 6th beer. After my 9th I will attempt to commander the jukebox/sound system/instruments the band are playing.
◦ I have zero intention of changing that. Unless the music doesn’t suck
• I will mount a speaker to my bike during a race. I don’t do it for me; I do it for my fellow racers. Those serious guys that have 1 beer in “race” season. I can’t beat them but I can get within shouting distance which means they can hear my high volume John Phillip Souza marches from my bar mounted rock box.

◦ When they come up to me in the parking lot post-race to bitch that I am ruining the integrity of the sport and they’ve approached the race director about DQing me, I let them know they have DQ’d themselves from my beer cooler.

• I’ve mastered the dark art of Jock Itch treatment. It should be understood that I’m a crotch shaman.
• I once played in a band opening for Mandy Moore. I didn’t stay and watch her set; I got drunk in the hotel hot tub.
• I like to ride and I’ll ride anything. Dirt, ramps, sand, fat, skinny, snow, ice, grass, formica, 20”, 26”, BMX, road, tenpenny farthing – I do not care. Let’s get rad.
• While we’re talking about Rad, it should be mentioned that I own a very high quality DVD bootleg of this essential coming of age tale. It’s watched quarterly to maintain base stoke levels.

◦ Kevin Bacon’s quintessential performance as Jack Casey in Quicksilver can be used in dire times of Rad unavailability but this shouldn’t be done until all other options (Breaking Away, Quicksilver and BMX Bandits) are exhausted.

• Blue Oyster Cult are really underrated. If you tell somebody that and they say “No they’re not they’re fucking awesome” you can trust that guy to pick at least a few songs on one of those digital juke boxe
• If somebody asks how much my bike weighs I will reply “With or without beer?”. This is a koan designed to test the principles of reality this person operates on.
• Speaking of Japanese literary practice I have written a Haiku that sums it all up:

Reeling in the beers

I pack heavy and ride light

• I’ve been in my own alternate reality for years. As a child I was positive the toilet played a cover version of the theme song from PM Magazine every time it flushed.
• I woke up from a colonoscopy and said “Am I as beautiful on the inside as I am on the outside?”.   I was (they showed me pictures)
• There’s no “riding season” just like there’s no “grilling season”. They are both lifestyles.

◦ I smoke meats. Take that however. 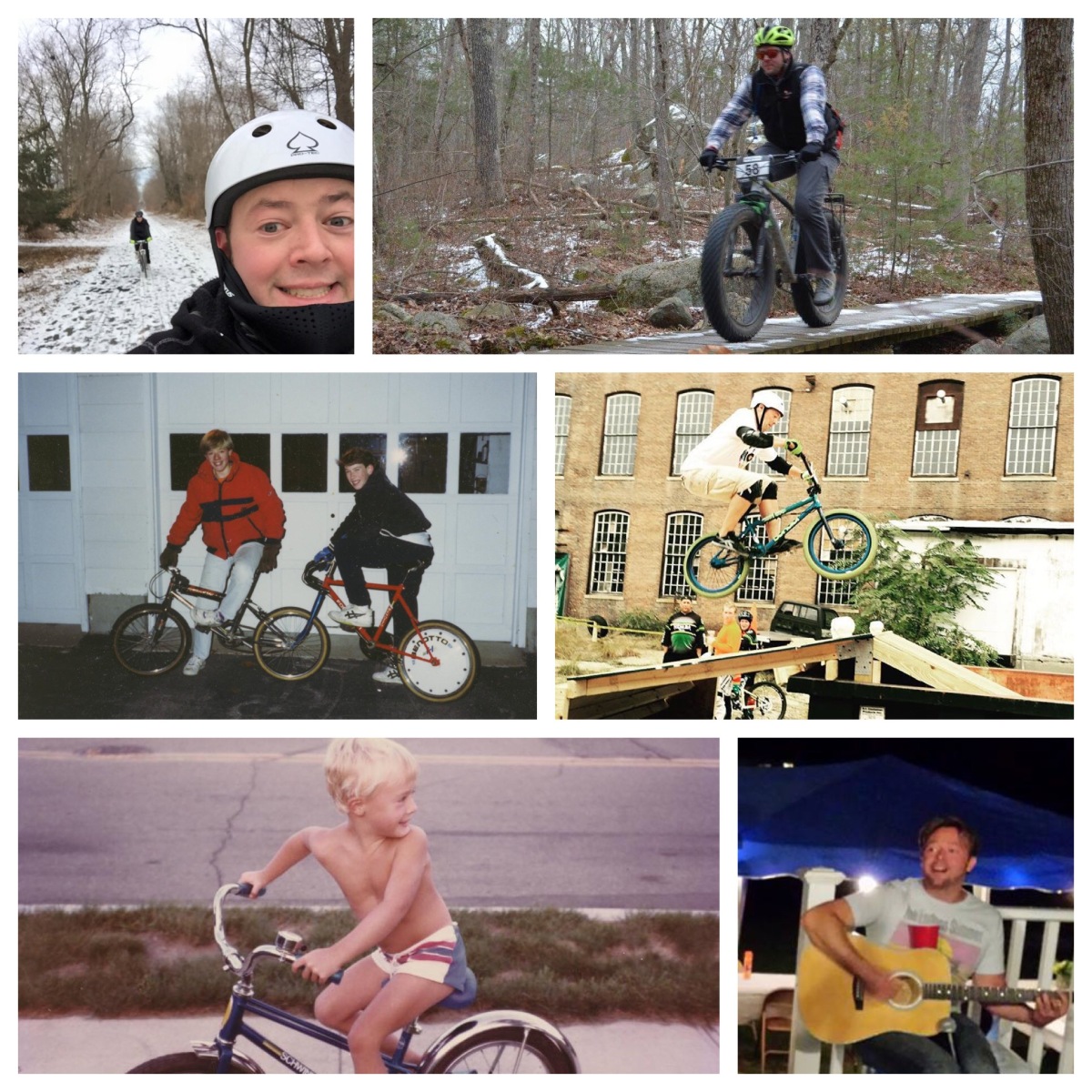 Bob aka Angry Beaver, The Lord of the Fries, Chef Tessteroid,…

Aka “The Angry Trail Beaver”.. my body hair is a naturally wicking performance gear and there is plenty of it.

Aka cheftess- I make delicious snacks for a living.

French Canadian. Plaid and flannel are formal attire suitable for all occasions.

(Other outfits may include the banana suit I wore to a Lovecraft scavenger hunt. On a single speed.)

New Englandah born and raised, I’ve ben living in Rhode Freakin Island having a Whicked good time, chuggin’ bears and getting fat on the beaches kehd.

I lift heavy things for fun: If it’s in the way I will move it. Or at least break it trying.

I’ve been a runner, a Triathlete, powerlifter, crossfitter, and biker of several types.

LIFE IS BETTER ON TWO WHEELS.

I’ve been coming in at the back of the pack for years, and having the most fun doing it.

tunes, only the strangest mix of Yacht rock, Hair Metal and Classic country will do!

I am officially tired of people who are not capable of chilling the F out and having fun! I’m all about the pre and post race beers.

Get fucked, try my buttered beets, ride on, and have a nice day. 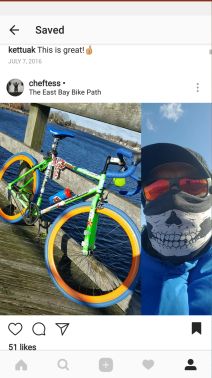 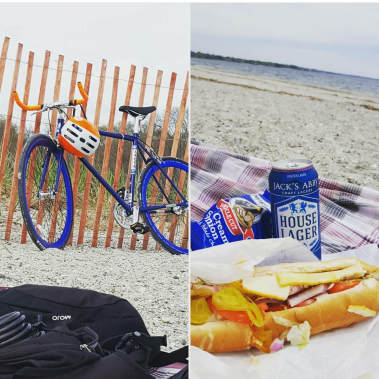 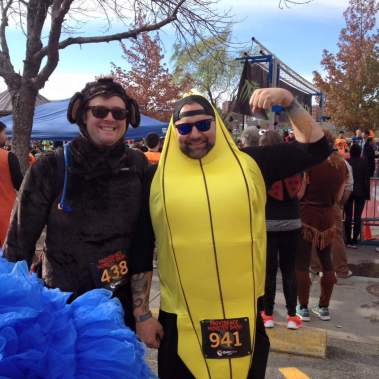 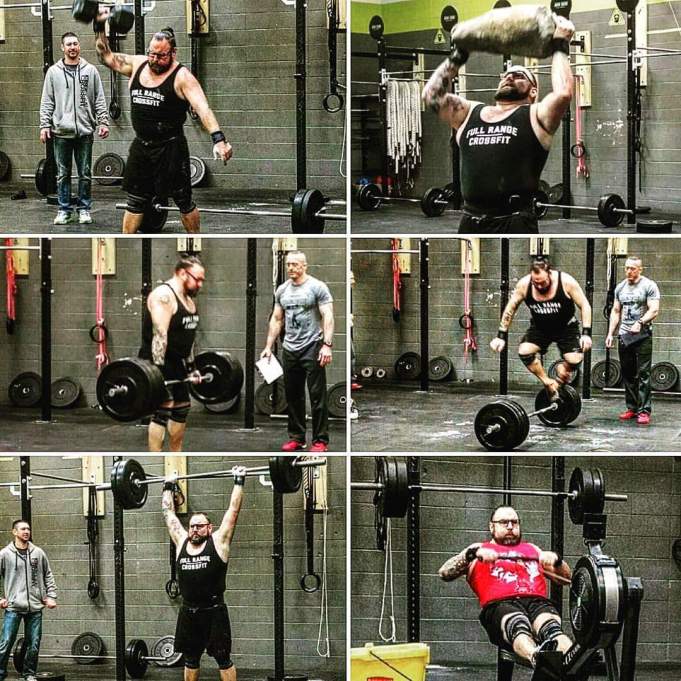