Skip to content
Today provided the perfect opportunity to hit the trails and test the ‘All Weather Judd’. I survived. The day started out in a BRUTAL deep freeze. When did winter arrive in The Land of Enchantment? I guess it arrived 24 hours ago. So 16 deg at 6:30 AM. You may ask, “What are you doing up at 6:30AM?” Well, I’m headed to work. I do work you know. I do contribute to society. And I do pay all my bills without a bailout. But I would love a bailout. Then again, who cares. I’m surviving. As my brother elegantly stated in 1996, “No Wife, No Kids, No Pets, NO PROBLEMs.”. So I work, I ride, I spent big time cash and I sleep.

I hit the trails around 5PM. It was cold. 31 deg. But the experts said it felt like 19 deg. Awesome. I thrive on the challenge. 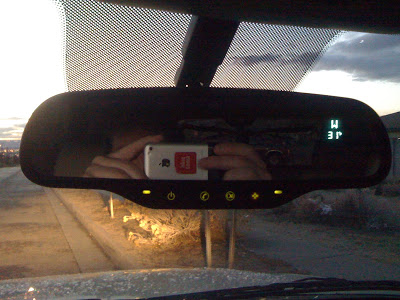 After 3 miles I decided to stop to warm the hands and take a few pics. How does one warm frozen hands in the middle of a snow storm? Well, stick them somewhere. Oh yeah. What is the red crap below my nose? It was so damn cold that my nose was bleeding on and off. Wicked.

Nice pic of ABQ. If there is such a thing.

The sheep in the snow & cactus. Cool. I mean COLD.

The ride is almost over, 2.5 more miles. Hands are warm, feet are frozen. But that’s cool. I can cry about it after I take the permanent dirt nap.

Chillin’ in the car after the ride. You may ask how the ‘chamois cream’ held up in 19 deg weather. Well, dude, when you bike in jeans it is absolutely forbidden – by law – to wear biking shorts under the denim. It is either commando or …. something, but NO bike shorts. If you can’t do anything without your padded bike shorts then pull out the tights, get freaky and stay the HELL away from me. BTW, what is up with my bloated face? I swear I have a slender face. I even have the Lance Armstrong cheek wrinkles at times. I guess the wind chill puts on 10 lbs, I hope. I’ll be a bachelor for eternity if I don’t get rid of this bloat-a-tion.

So, I bet my mother is wondering what went wrong with her youngest. How did I turn into such a stupid dude that rides in the extreme cold. Well, mother – if one wants to race with pneumonia, one must train with pneumonia, therefore one must develop pneumonia. Might as well start in October. Plus, I have been trained by the best of the best to endure the cold harsh winters of North America. Padre was stationed up in Alaska during the Korean War. What in the world was The Dad doing up in Alaska during the Korean War? Shit… He was fighting the Russians, what else is there to do up there.
Anyway, in honor of all the wonderful mothers out there let’s pay our respect via one of Danzig’s classic songs, MOTHER! Just remember, every day is Mother’s day.
MOTHER!
In honor of the wicked cold – it’s Time to Get ILL
Time To Get ILL!
And I am still working on the mental conditioning. I moved off of the Rob Zombie and set the iPod on Chevelle – I Get it. Because, I Get It.
I Get IT!
So remember:
Haters Hate! Winners Win! And Judd just wakes up to ride again, dude.