Skip to content
Well, it is a challenge to log miles during the week when the days are short and the weather sucks. But there is always the weekend – which usually starts for me ~ 12PM on Fridays.
This weekend was all about torture, physical and mental. 80.72 miles and 11,319 ft of climbing isn’t spectacular, but it works considering the conditions and lack of motivation.
Friday’s ride was in the south foothills, some snow on the trails. Check out the pic below. Saturday was in the north foothills, only 20 miles due to the punishing conditions -> snow pack for 80% of the ride, wet sand / mud for 10% of the ride, 10% OK. Sunday’s 30 miles was back in the south foothills. Dry, for the most part. Lucky me. I deserved an ‘easy 30’ after Saturday’s snowy ride. Ok, I know. I don’t deserve anything.

Working through the monotony was a major challenge. 80 miles in the foothills requires many, many loops. Oh well. Beats sitting on the couch, I think. Check out my house, just a short distance from the trails, but 10,678′ Sandia Peak creates an obstacle. Anyone want to hang out? Bring beer, I’ll supply the Cheetos.

Data doesn’t lie, at least for this ethical techno geek. (I’m not into fabricating data like the climate research / global warming psychopaths. Global warming is a joke and everyone knows it. The Earth is in complete control and the warming / cooling cycles are independent of us insignificant humans. Guaranteed.)

I put all 80 miles in without any company from the other Back of the Pack team members. Rumor has it that one team member was running around town dressed as an elf. I’m trying to acquire hard evidence on this. But I’m pretty sure the dude (withholding the name until proof is established) looked something like this. 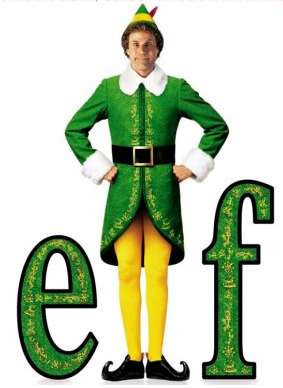