Anyway. All I know is that I wasn’t at 24 Hrs in the Sage and I’ll get a boatload of S*^T for months or years to come. But The Lt Col was in good hands, I think. Rick and Tracy and Nick were all rockin’ out at The Sage. So I’m sure he got a hug before he hit the hay for his normal midnight nap.

The Link: 24 Hours in the Sage Results

Our friend Jeff, a fellow B.P.R. freak, B.P.R. = Big Pig Racing, sent me these photos of the race. Looks like The Lt Col was standing around more than riding. But that’s cool.

Check out Jeff’s race review – THIS IS THE LINK, DUDE, DUDETTE!

Anyway. Next year I will return to 24 Hrs in the Sage to secure my spot at the top of the B.P.R. Leaderboard. And I’m sure that The Lt Col will be on vacation – that’s just the way it works.

Is that Rick and The Lt Col… standing around?

just screwing around again, I think

and jaw jacking, as usual 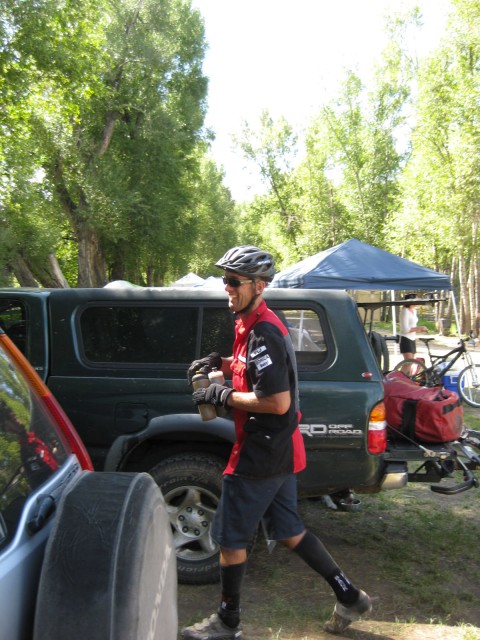 Only 8 laps by 9AM? I wonder if I’ll ever hear the real story.