The 24 Hours of Colorado Spring – 2011 National Championships. Yep, didn’t really happen for me OR The Lt Col. Just one of those things. And it’s been really hard to find motivation to document the Ludacracy that occured, as usual, at the Back of the Pack.

Why the lack of motivation? Well, it’s simple. I’m preparing for a trip of a lifetime – an adventure that will take me far far away. But I’m not on the plane yet. And nothing is guaranteed until it happens. All I will say is that in a few weeks I may be competing in a 24 hour race on a continent that I’ve never been to – a continent that you most likely haven’t been to. And that’s why I have a lack of motivation. My mind is somewhere else.

So. I’ll keep this brief – hopefully you won’t get bored.

The Ludacracy:
Ludacracy is normal, especially when The Lt Col and I roll out on an adventure. But this trip, this race, produced a few moments that are out of the norm.

The End:
I can’t exactly explain what happened at the race. Ok, I can but I won’t explain why I ended my quest for a National Champions jersey after 3 laps and 40 miles. I just did. That’s what I wanted to do. AND the funny thing – The Lt Col was sucked into vortex of the Pink Futon too. Yes kids, peer pressure is real. The Jedi Mind Trips of The Judd worked at this race.

The Victory!
Back of the Pack Racing was awarded the best dressed team at 24 Hours of Colorado Springs. No Joke! We finally get the recognition we deserve!

What Next?
It’s hard to say what adventures will unfold for B.P.R. in the remaining months of 2011. The Zuni 100 (I mean Zuni 46) is next weekend. We’ll roll into the Zuni’s ready for the chaos that is only possible in the Zuni’s. After that? Who knows. A number of us are signed up for 25 Hours of Frog Hollow – a race that NO ONE should miss. But I may miss it due to the biggest of all adventures. Who knows. We shall see.

Anyway I’ll roll out a new strategy for the 2012 race season. I’ll show up at a few 24 hour races fully prepared and ready to ‘RACE’. (Yeah right.) And I will roll into a few 24 hour races ready to push up the Ludacracy bar a few notches. That’s right. What do I have up my sleeve,? How about rolling on the one gear and one wheel? The Morale Chairman and I were one wheel freaks back in the early 80s.

Ok. That’s a bit extreme. Maybe I’ll build up a killer townie and compete in the Townie World Championships at the 2012 edition of 24 Hours in the Sage. That’s a realistic goal. I just need to find the right banana seat – a banana seat that can hold a dude tipping the scales at 215 lbs. (NOTE: I did not say Banana Hammock!)

The Course @ 24 Hrs of COS:
There is not much to say other than 13.3 miles and 1316 ft of vertical. People were using the word ‘technical’ for most of the weekend. Sure. You could say that. I rolled with a 32×19 on my 29er – Black Sheep style. That worked. I cleared almost everything by the 3rd lap – EXCEPT for a short section around mile 5.5 or something.

The Course – The Profile

The Pictures:
The BPR Pit 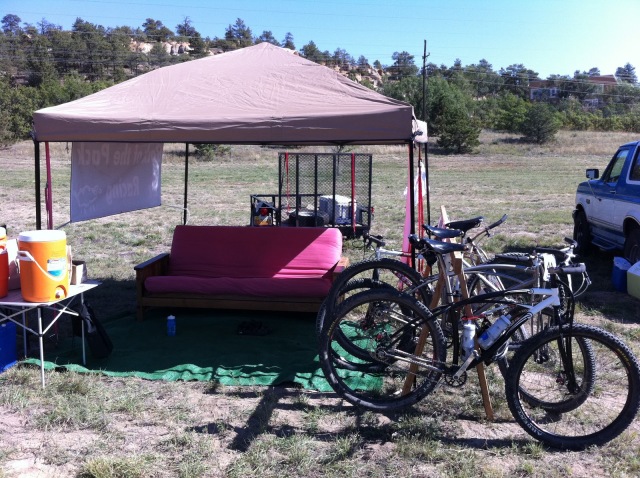 a view from the back – from The Back of the Pack 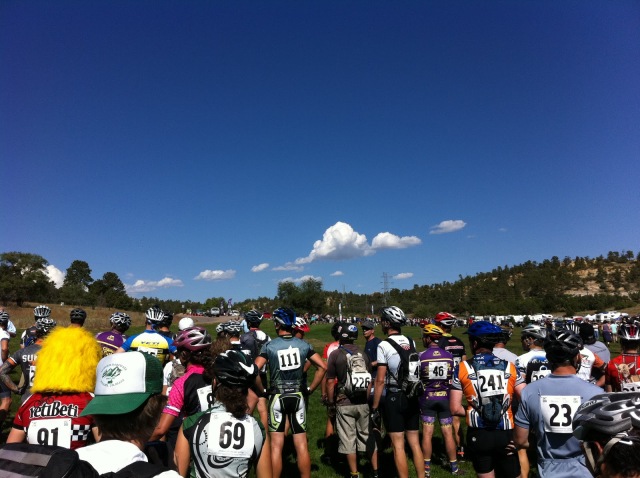