Skip to content
Putting the SIN back in SINgle Speed. That was the promise… and ‘THAT’ was delivered… in style.

Here are the directions, courtesy of our great friend Dave… the drummer and lead signer of the Black Owls.

So…. we knew exactly how this was going down….

But I’ll just sum up SSWC14 with a small set of run-on sentences:

On Sunday morning I rolled up to the start in Kincaid Park with hundreds of my friends, after 17 hours of bar hop’n, after 2 hours of unconsciousness, and all I thought, as I was drinking a 9am beer, handed out by The Drunk Cyclists, as an Anchorage Police Officer rode around the crowd talking and laughing, was that ‘this is what SSWC is all about, I’m glad all these hooligans are my friends, I’m psyched to be in beautiful Alaska riding this wicked BLACK SHEEP SS machine.‘ Then DeJay separated us into 3 groups and explained how the 3 groups would tackle the 3 loops, the Blue Loop, the Pink Loop, the Orange Loop… (F*^k’n cool Idea! By the way.) Then we started a verbal wave, thanks to Cheerleader Dirty of DrunkCyclists, of Blue / Pink / Orange, as cans of OSKAR Blues beer were thrown around… specifically at DeJay, cuz he looked thirsty. And, again, I said… ‘this is what SSWC is all about. This is why I ride a SS, this is why I hang with these SS freaks. I’m gonna ride my a$$ off, I’m having and will have a blast… after I puke up my avocado omelet’.


AND all these euphoric feelings (and feelings of puke-age) are the same that I had at SSWC09 and SSWC10… just say’n. dude


A Pic: The PreRace Refreshments.
Gnarly is hiding his beer, either because he was scared of the cop…
or still thinking of The World Championship. 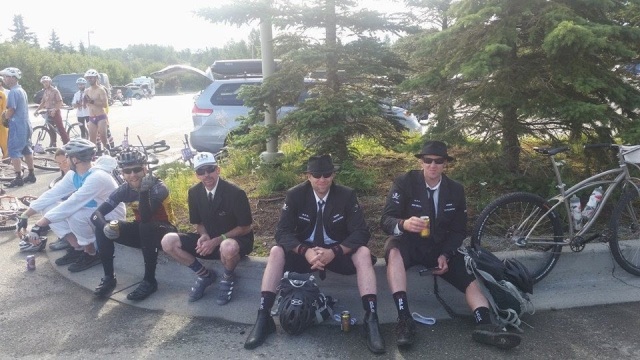 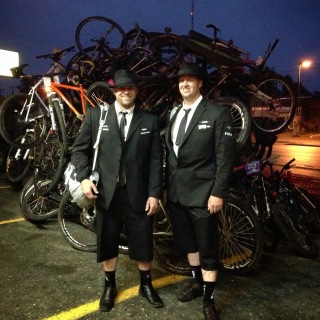 So… think what you want… but it’s all history now. Some of us, most of us I bet, are smiling about the crazy memories of SSWC14 and we are dreaming of The Big Reunion at SSWC15. Yep, that’s how we roll. Because we’re on a Mission from Gawd. Or God. Or something.

The Course is Out There. Dude. Dudette

Now The Dumb S*^T. Cruise to the Pictures… if you Don’t LIKE Dumb S*^T:

The SHORT Conversation of the Trip:
Local Scary Dude Bellied up to the Bar: “You guys are sure dressed differently.”
Tourist Scary Dude, aka, The Morale Chairman: “We’re bringing back gangsta”

2nd Biggest Disappointment of the Trip:
Learning that I’m a SS freak that requires plush accommodations. Hell, I was in Alaska & love’n life. But my mojo was cracked, routinely, by that DUMP that CRACK house that I was pay’n $200 / night for. Yep. I ain’t the tough SS freak that I though I was. I’m a SS pansy that needs a pillowtop bed, some nice 500 thread count sheets, an in-room STOCKED bar, a wicked large flat screen TV, maybe a jet tub and of course a mint on my pillow… at night. Sorry, that’s just how I roll.

F’n Coolest Rant of The Rants:

The Dumbest Thing(s) that I Saw at SSWC:

AND if you don’t know what I’m talking about, check out Dan America’s link:

Zed’s not Dead Baby, Zed’s Not Dead:
The drunk local, now be referred to as Zed, scared the hell out of us. He bought us drinks. Then we bolted… got Zed induced stress. Then we were flagged down by a photographer for the Anchorage paper. He took many pics. We gave him a shirt. We’re now friends. Then we rode right next to Buckaroo Club, didn’t know it at the time, but got all stressed and disoriented because Zed was waiting there for us. (Think he had a ball gag with TeddNeck’s name on it?) So… we bolted to Don Jose’s for… some SAFE BEER. Keep your eyes open. Be alert. Zed is out there. Zed Ain’t Dead!

The Ludacracy… in Picture Format:
Can you imagine pick’n up these Drunk Cyclist birth control devices… while on a trip with your ‘bros’ or ‘bro-ettes’ and then return home and your Significant Other finds them in your gear. Yep, SSWC could lead to some very uncomfortable situations, even after you leave the chaos.

No S*^T. That Clears up a lot for us Dudes bellied up to The Bar

And I wonder…
how the hell did I end up at home with a stuffed moose and a hacky sack? 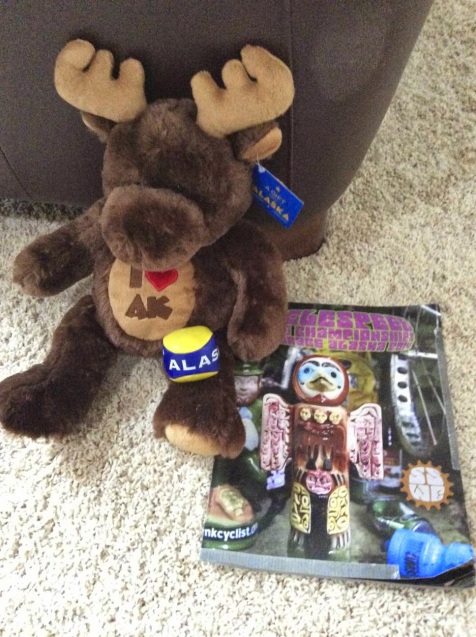 By The Way, If I was Dictator:

And then there is SSWC15:

AND, of course, BPR is hired as Body Guards for Ninjas.
Just Say’n. Just the Facts 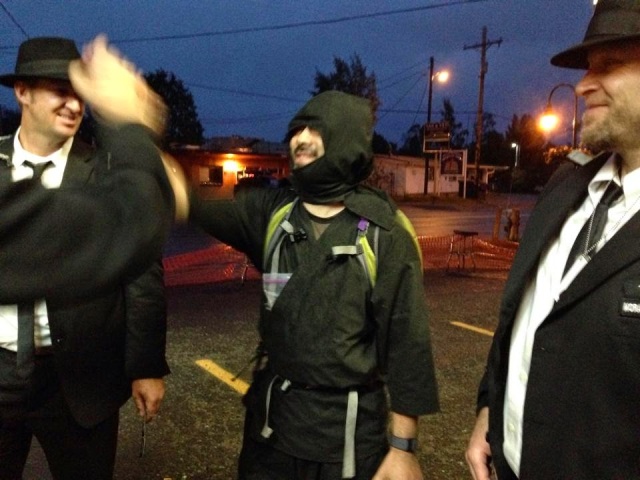 And a final word of EXPECTATIONS:
And if you want a reminder on expectations, before you head to the top.

AND if you Want to UNDERSTAND HISTORY:

So now you are bored. Wondering where Judd Humor is… Sorry. I tried. Buy my inflamed Liver won’t let me get The Humor out… if you know what I mean. But check out a few pics. And cruise to the bottom for a ‘swimming big a$$ bear’.

The Big Picture… Just Because:

we got Our Groove on, early on

we brought some gear

we brought some titanium… to go with our gear

we hung out at some bars

we drank beer in those bars 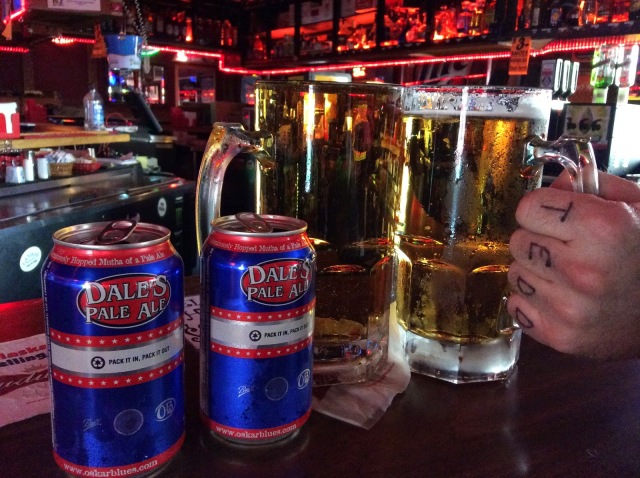 we got a few tours from foxy mamas 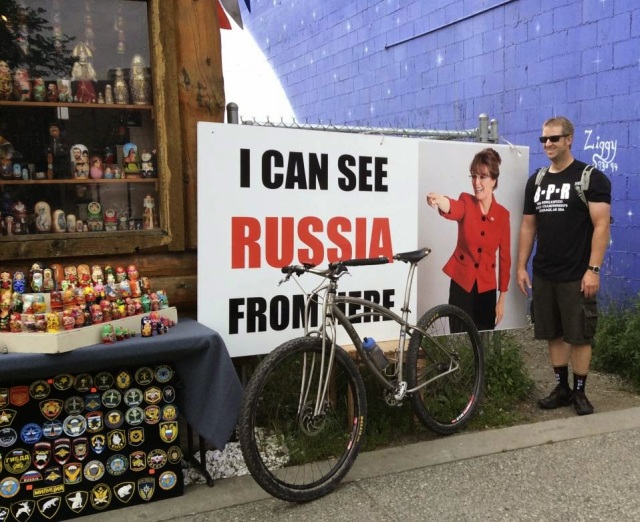 we showed up ready to ‘race’ 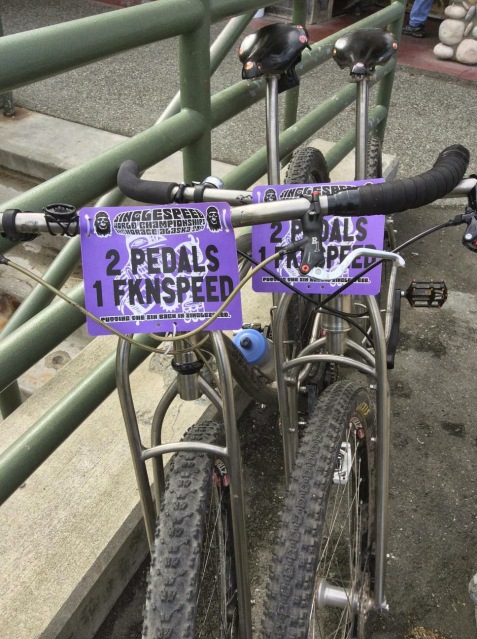 we drank some more beer… while waiting for The Main Event

we disobeyed all ‘rules’

we meditated over some more beer 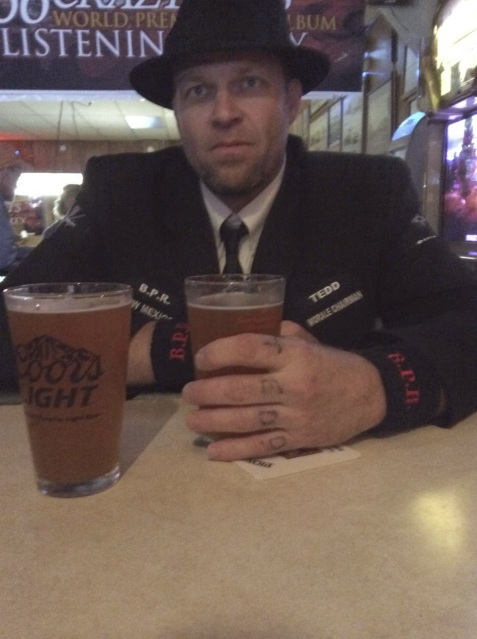 we ate some crazy s*^t and drank some more beer

we showed up at the race and had a liquid breakfast

we checked out the beautiful Alaskan landscape… while at the race

and we rode the SS machines on some awesome trails

and we even roll’d out with some killer stuff 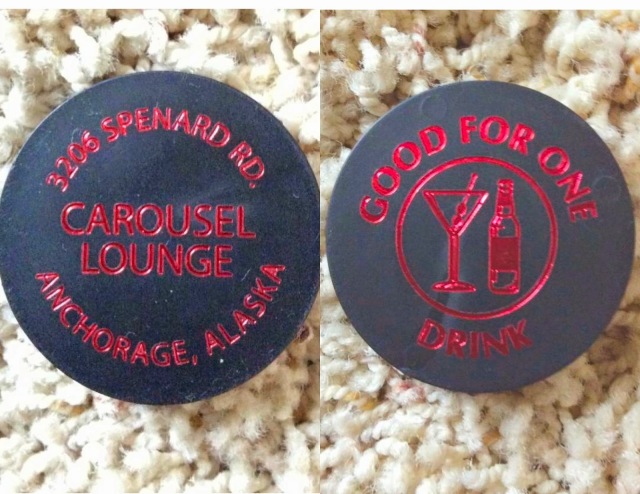 Island Trader Video of Swimming Bear… 10 miles out from Land:
We were hang’n with a local at Gwennies on Thursday AM. This dude worked on a variety of fishing boats / tugboats before & after his 20 years in the Navy. He was telling us about this big a$$ bear that tried to jump on his brother’s boat 10 miles from land. CRAZY S*^T!

I’ve got nothing more to say… Believe it or NOT

AND JUST BECAUSE AGAIN:
If you DIG the BLACK OWLS… FOXY MAMAS DIG YOU!

One thought on “SSWC14: Putting The SIN back in SINgle Speed”