Skip to content
The Singlespeed World Championship 2010 / Rotorua New Zealand was unbelievable. I had the time of my life. I traveled solo but I meet many awesome dudes / dudettes. The Singlespeed World Championship participants / groupies are the best group of humans to assemble in a common place. Everyone was smiling, everyone was cool, everyone had a common goal – to have an incredible experience.


And…. a race with 1000 single speeders feels like a small local race with a boatload of your best friends. If you think I’m joking, go to SSWC11 in Ireland. You’ll find out for yourself. Many of dudes / dudettes will be SSWC veterans, many will be rookies, but they will all have the same great attitude.
Well, I won’t bore you with a long race report. I have a few comments and a few pictures and a lot of video footage. Check it all out.
A Few Thoughts:
The start was absolutely chaotic. But it was a very cool, unique way of corralling the heard and inducing mass chaos and disorder.
The beer shortcuts were awesome. The short cuts were really short cuts. Well done! In my opinion, it’s a good idea to penalize those dudes / dudettes that don’t really understand that the best beer in the world is…. free beer. And free beer on the race course is the ultimate! Anyway, the free beer was awesome, it quenched my thirst and provided the necessary fuel.
The voluntary crew was awesome. The spectators were awesome. I was thinking that spectating may be as much fun as racing. Ok, that’s going too far.
An Example of ‘Friendly’ Competition at SSWC10:
Mr D. (as we will call him) was talking to a Foxy Mama during an early climb in the race, “Hey, tell me a joke”
Foxy Mama’s reply: “I don’t have a joke, but I’ve got this” The Foxy Mama shoots the moon to Mr D.
Mr D. replies: “Honey, that’s no joke.”
The Quote of the Race:
A spectator or beer babe was checking out Trudy’s smut badge and said “Now that’s a money shot!” Smut badge?
The Lessons:
The Video:
Below are 3 videos that you, the B.P.R. Fan, may like or may not. Doesn’t matter. It cracks me up. And, if you didn’t notice, I speed up the action a bit. Why? Because…. I can!


A Short Teaser – With Some KoRn and Some Action


A Longer Version – With More KoRn and More Action

SSWC10 – The Start Before The Race from Judd Rohwer on Vimeo.
SSWC10: The Corral 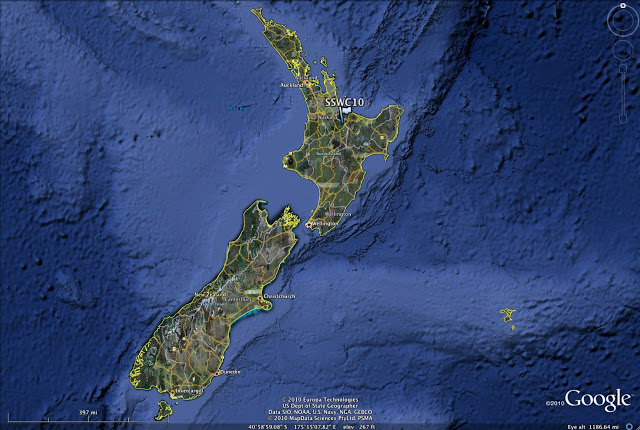 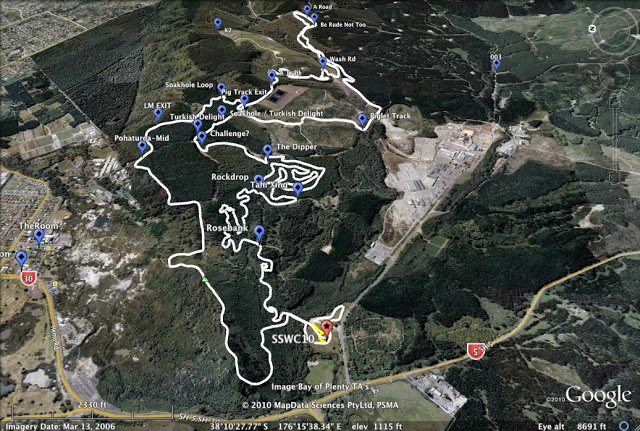 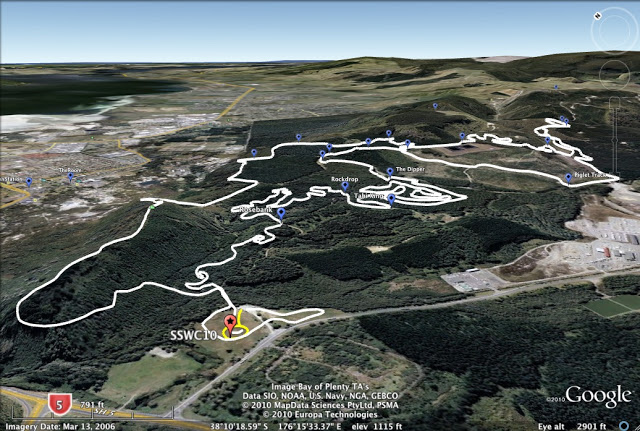 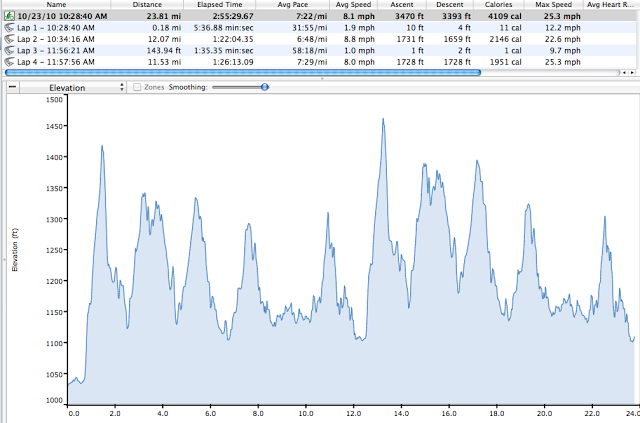 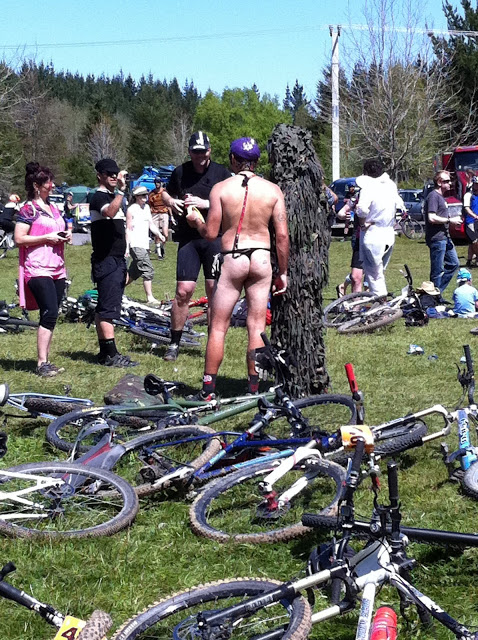 Worst Costume:
The dude in the skid marked tighty whities 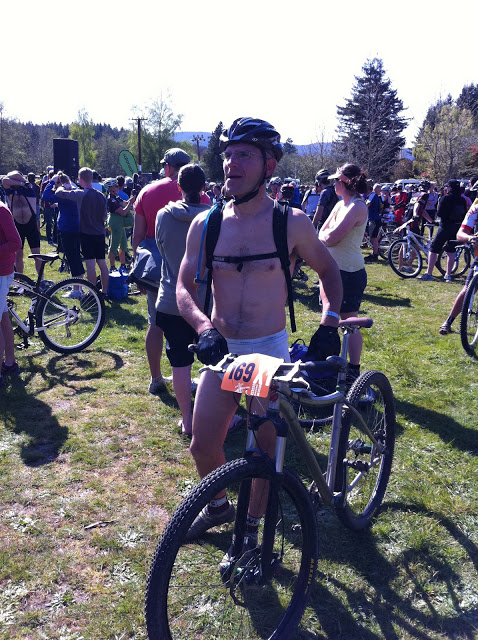 Rich in his cocktail dress. He just flat out enjoyed wearing that sexy outfit. 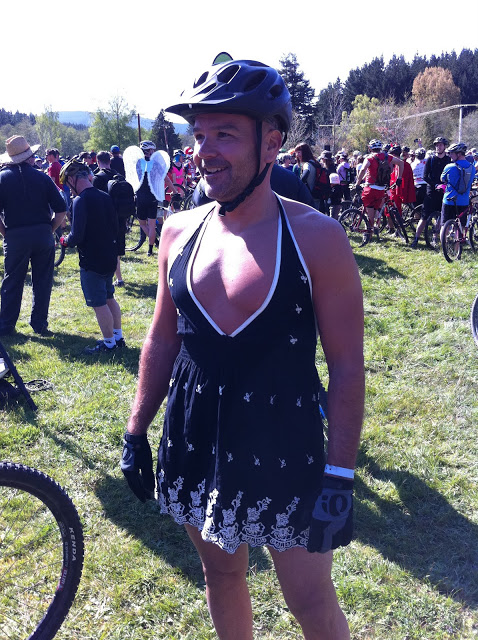 Most Foxy of all Foxy Mamas?

Impossible to decide. But I like the foxy mama racing undercover as the devil. 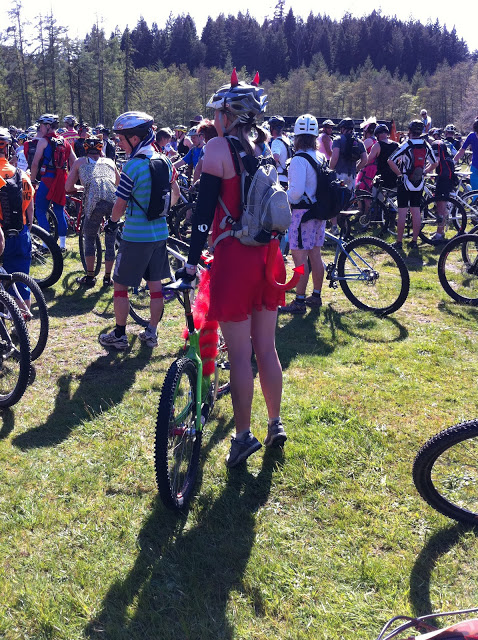 The Black Sheep at SSWC10 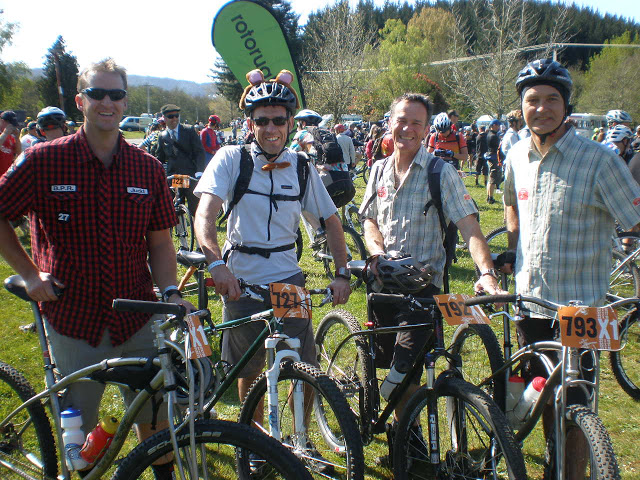 Final Remarks:
SSWC10 was an unbelievable race. The entire 11 day experience (including the Whaka 100) is something I will never forget. I can’t wait for SSWC11 in Ireland. (Ok, I can wait. I probably need a couple of months to recover from SSWC10.) I hope a large fraction of my new friends make the journey to the land of Guinness.