Yo. So this post is a long time coming. But I’ve been busy… busy preparing… preparing for something big. So, please forgive me.  And forgive me if I forget a few things, like crazy a$$ comments and random pics.  Yeah, I’m cranking out this post as I chill up in Alaska waiting for the start of the Iditarod Trail Invitational. Gotta get this info ‘out the door’ so I can flood you freak with ITI info in the coming days / weeks. Understand MoFo?

I’ve said it before. I’ll say it again. The Arrowhead 135 is the greatest race on Planet Earth. How do I know. I just know. Read on and you may feel the groove that we all are live’n in right now… right now = post Arrowhead v2017.

And we need to Acknowledge Ken & Jackie (the race organizers) and all the Arrowhead volunteers.  The best race on planet earth is all due to the The Arrowhead Crew. And The Arrowhead has greatest race vibe on planet earth. It’s just amazing how one feels before, during and after the experience in Northern Minnesota. Yep. I love Minnesota. I really do. And it’s not just because I spent my 1st 4 years on Lake Minnetoka.

A Thousand * Thousand (= 1 Million) thanks to Tracy @ Thelen Coaching. It became obvious to me about 18 months ago that I couldn’t achieve my goals without some adult supervision and some focused training. My body was not tuned for ultra endurance events. Hell. My body wasn’t tuned for anything but Ludacracy. Well Thelen Coaching made it all happen. And the results are the proof. Yeah. People like to argue that we aren’t racers at the back of the pack. But for me, in my old age, I want to, I must, put out an effort that justifies the ca$h and time spent on these races. Otherwise, I should just f*^k off at The Palatial Palace, eat Cheetos and play Donkey Kong. Just a rational observation in The Alternate Reality. So A Million thanks to Thelen Coaching for helping me make it happen.

Thousand thanks to Woody for watching over and ensuring the Morale Chairman’s own morale. That’s right dawg. We never know what The Morale Chairman will do… but you propelled the morale freak to the finish line

Thousand thanks to Don (gear checker head honcho from years past) for cheering us on and promoting all that is awesome with this ‘global family’ of endurance freaks.

Thousand Thanks to Dave Pramann, former Arrowhead 135 Race Director. Dave was not afraid to use the tough words to keep me motivated during the dark hours of the race:  “Come on New Mexico. Get your a$$ in gear!”

Thousand Thanks to Surly Steve and the Surly crew for The Surly Checkpoint, aka, Ski Pulk Checkpoint. What an awesome ‘boost’ at Mile 111. The Surly Crew helped us all get to the finish. Just Say’n

Judd, aka JudderNaut, aka The Philosofizer. 21 hr 5 min, 30th Place. 1st at the back of the pack. Race Strategy: “Show up till you Blow Up”

Jesse, aka After-Burner, 22 hr 58 min, 44th Place. Race Strategy: “Dude, I’m gonna hit the After Burner so I can get ahead and hit the after-burner. Ok? See you up the trail”

Steve, aka The Ti-Machine. 28 hr 01 min, 52nd Place. Race Strategy “I ride a single speed, but I have two single speeds and I’m going with it” 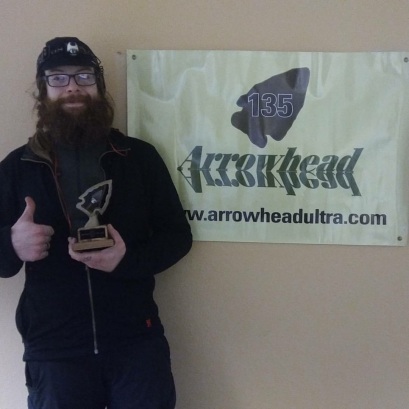 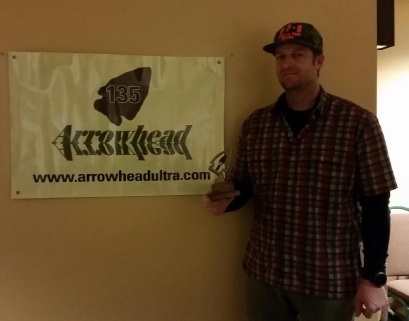 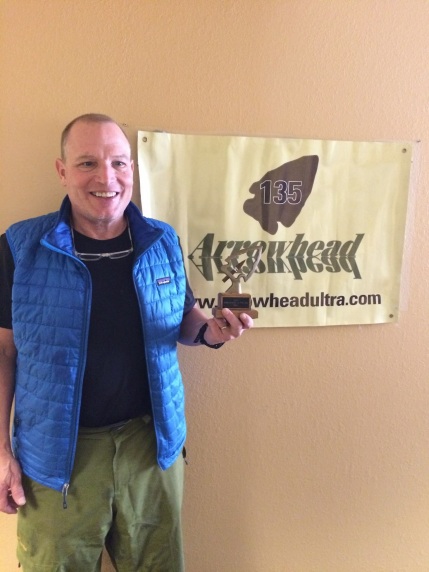 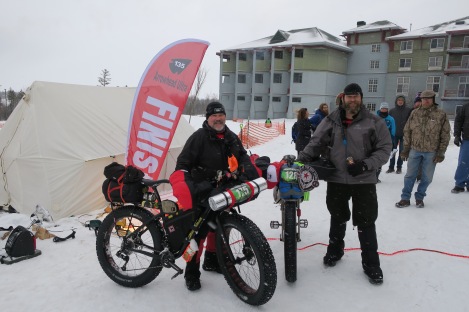 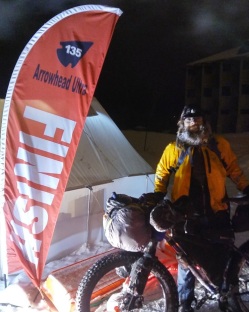 The Track, Ones and Zeros Style

The Track, Ones and Zeros and Formatted. I’m sure you don’t care. But I like data. So I care.

The Data, The Breakdown.

The Race Strategy or Strategies:

The BPR Crew rolled into The Arrowhead with three or more strategies. And, believe it or not, we successfully executed all strategies. I think

The Racer Strategy -> The Racer Strategy is simple to explain, it is ‘Put the Hammer Down and The Make-it-Fast Pit Stop Strategy’. This strategy is all about the crank revolutions. It’s about simple grilled cheese at MelGeorges. It’s about forward velocity. Maybe we should call this the Dine N Dash strategy. I would say that The Philosofizer, Leah, After Burner, and The Front Man held true to this strategy or the most important elements of the strategy.

The Race Execution at the Front of the Back of the Pack:

You may have heard the rumor. Some dude started a Rumor that The Philosofizer took 3 hours off the Single Speed record. I haven’t verified the info. But some dude said he had the ‘unofficial’ single speed record, 24 hours. So…. who knows. Not really important.

Enough said. Ok, not. How did the race really go down at the Front of the Back of the Pack? Pretty boring actually. I put the hammer down, I fought through a few issues but keep the throttle wide open. I just wanted to get as far down the trail before the snow storm hit.

Well, the snow hit and the track became a bit difficult at mile 90. Yep. Mile 90 to 125 was brutal. The forward velocity was cut to 1/3. It was just survival. Survival for 30 miles. Yeah. 30 tough miles. And I believe most of us ‘racers’ dealt with this soft track and the chaos that came with it. So it goes. Fun times.

So, I aka The Philosofizer took 15 hours off my personal best. That’s right. No joke, jokester. And you ask why. Simple. I didn’t mess around. I put the hammer down. Yeah. The track was fast, but not as fast as 2014 when I finished in 40 hours. So it was just a combination of good riding conditions, well good for 105 miles out of 135, and focus.

As I continue to challenge my mind and body at these snowbikepacking events, the lessons learned are less ‘entertaining’ and more predictable. But, Lessons are still Lessons, if Learned

The Psychology of IT ALL:

This section of info is historically The Mind Bender… meaning, the chaos, the ludacracy, the psychology of a BPR racer. Well. Not much happened out there this year. Cuz were are all pros. Yeah right.

The Ludacracy of IT ALL:

2 Fucking Speeds. It if you have em’ use em’. What am I talking about? Ask The Ti-Machine, The Strategy for Chaos, mental chaos, that’s what I’m talking about.

Hallucinations. At times, many of us have fatigue induced hallucinations. Talk about Ludacracy. Talk about The Pschology of It All. Well, this year was a bit crazy. During the 100 mile hills, during the ‘checkpoint #3 is around the next corner’ chaos, my mind was playing tricks on me. Seriously, Honestly. I heard Little Kids Chuckling, Laughing, Chuckling, whatever. Maybe AT ME, maybe WITH ME, who knows. Kinda creepy. Ok. TOTALLY CREEPY. Yeah. For 10 miles, I heard little kids chuckling. Bizarre. But in the end, I didn’t give a s*^t, I was on a mission. Little Scary Kids, Ghost, Aliens, Monsters. I was on a mission and I didn’t give a s*^t.

The Dumb Shit I carried

Not that I wanna talk about the Dumb S*^T I do or the Dumb S*^T I carry. But I will. I guess. Although this Arrowhead adventure was light on the dumb s*^t, cuz were are rapidly approaching the classification of ‘professional’. Ha Ha. Yeah right.

My bike bags were packed with: 2 bluetooth speakers, an iPod, 5 extra pairs of gloves and an extra stove.  Not that crazy. But kinda crazy. Kinda wondering why I never cranked up the tunes. But that ain’t gonna happen again. I’m blast those damn tunes. Just because. Because I can. I think.

Only 4 have lived BPR Ludacrazcy on The Road for 10 plus days, The 3 Founding Fathers (BPR NM) and The Crew Chief (BPR NZ) Deuce stepped into this adventure full of enthusiasm and with zero hesitation. TeddNeck and I didn’t think Deuce would survive the Chaos, The Ludacracy, The Alternate Reality for endless days. But, as the past 10 days showed, Deuce is a Survivor. Welcome to the club dude. And that’s a Million for making the trip with us. Unreal Adventure!

A Pre Race Conversation… baseed in The Alternate Reality:

Judd. “Tedd. Deuce has a beard comb… you guys can share. ”

Deuce. “Is it wood. That would make you hipster”

Tedd pulls out his wood comb. Yep. Now we know.

A Few Other Quotes:

Steve “I think I’m a masher. Not a spinner”

BPR Racer, racing incognito: “I have to finish this year. Cuz I don’t want to go home and have my wife call me a pussy again.”

Jesse. “I was really hoping for some snow covered trees. You know, the pretty white scenery stuff”

The Evolution @ the back of the pack:

More Ludacracy via The Secret to Success… at the Back of the Pack:

And my response… “Well Neophyte. It’s all about maximizing REM sleep. And that is only possible if you Start Early, End Early, and hit the hay with an oxygenated bloodstream”

Yep, After years and years and years of research I finally found the Secret to Success… REM sleep. YES. REM Sleep. Someone’s Research revealed that 2+ hours of REM sleep is required for maximum performance and Peace + Love + Harmony. And I agree.

Check this out. Sleep data for the Drive Straight Through Days.

Sleep data from the 3 nights prior to The Arrowhead 135.

Conclusion: It’s hard to deny the connection between adequate REM sleep and performance in endurance events. And therefore you will not see me in the bars late a night, ever again. You may see me with a breakfast beer or brunch beer or a combination of. But that’s about it.

And Now Some Pics, Not all The Pics, Just Some Pics 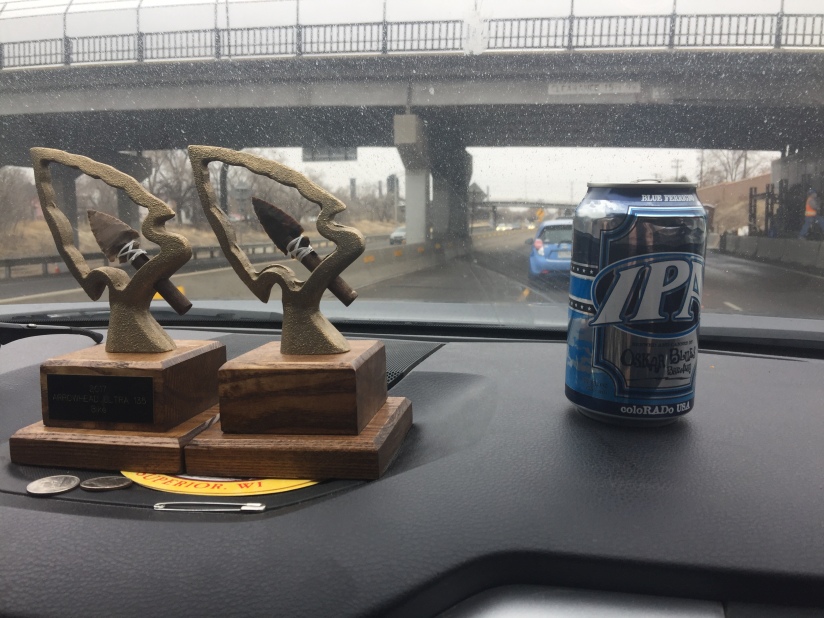 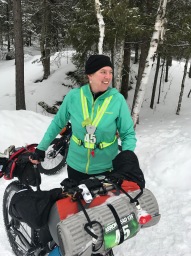 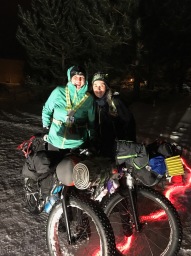 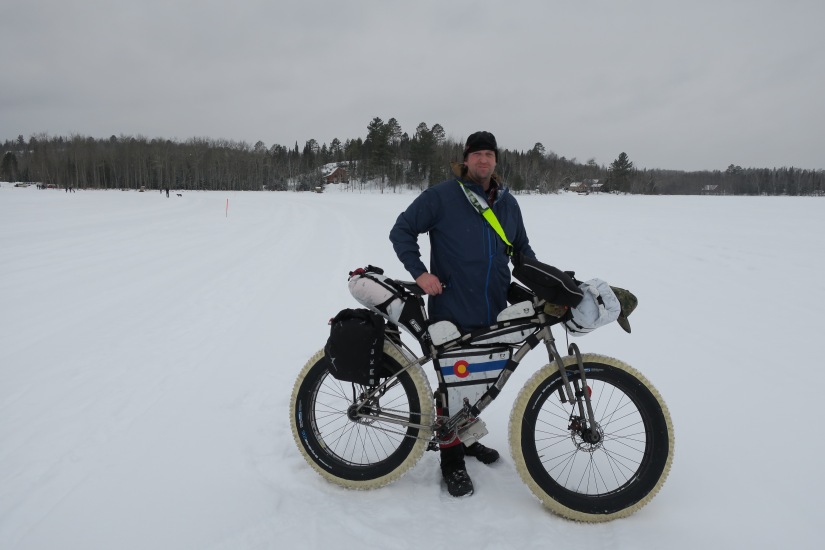 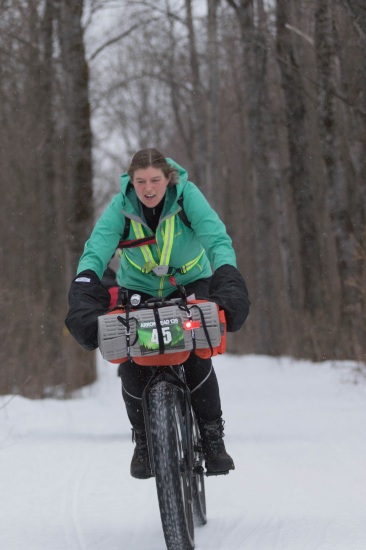 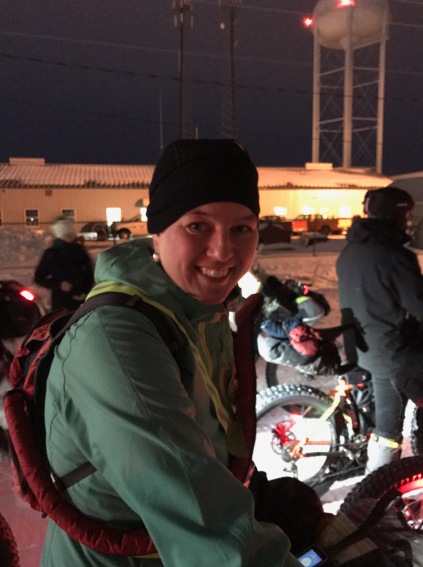 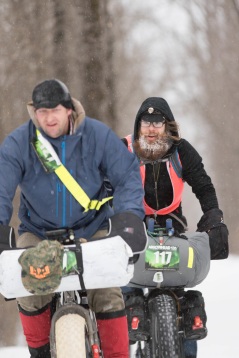 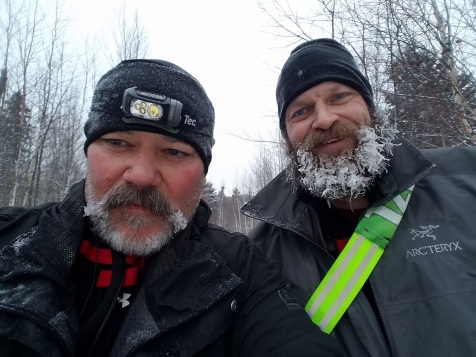 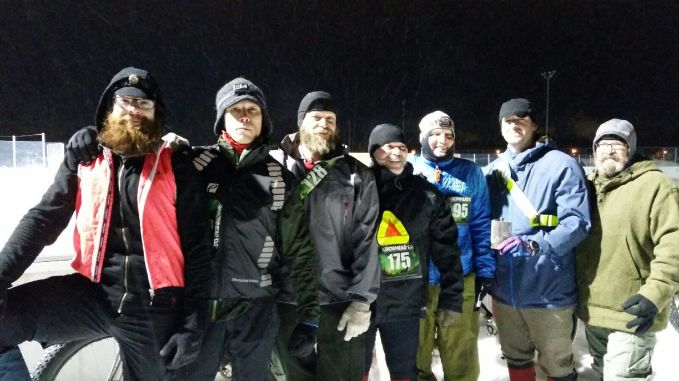 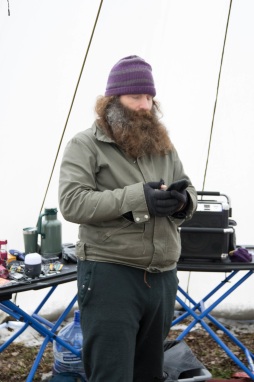 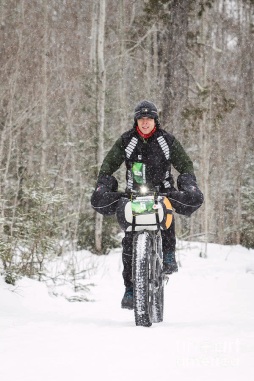 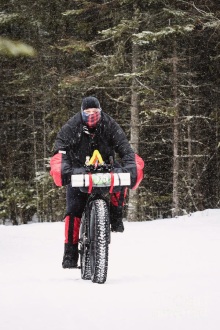 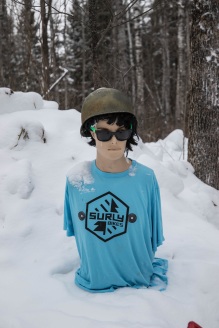 The Ti-Machine. A nap before Arrowhead v2017