It’s a well known that a few of us at the Back of the Pack were ready for the End of the World on Dec 21st. (Ok, many ONE of us.) So The Morale Chairman and I decided to make it a party at Chaco Canyon and then log some snowbikepacking miles.

Anyway, the party didn’t really happen. I sent out 200+ invitations and no one showed. (Imagine that.) So The Morale Chairman and I tried to make The Party a party. But the ‘pillow’ called at 6:30pm, right around when the fire burned out and water bottles froze over.

Not much went as planned on the 1st snowbikepacking trip of the 2012 / 2013 season. But we learned some lessons – as usual – figured some things out for the upcoming Arrowhead 135.

Yep. This is a pretty dry posting, not much humor – cuz I don’t feel the humor today. So… dig the lessons learned, dig the list of gear, dig the pictures…. dig it all… or don’t

The Setup:
Below is a list of gear that basically covers my setup for the Arrowhead 135. Not that you care, but The Lt Col may. And I always find the data helpful. I mean SHOCKING. The data helps me work on strategies to cut more gear and thus weight.

So, the crazy stuff about snowbikepacking (or extreme cold weather bikepacking) is the amount of gear required for simple survival and the weight of this gear.

The Crazy Stuff, a summary: and most of this gear is ‘required’ for the Arrowhead 135.

Issues to ponder:
So, we’re not going to roll with the tubeless setup. There is not enough time to investigate tubeless options prior to the Arrowhead 135. So, will we care a spare tube or two? Will we put Stan’s in the tubes? Does Stan’s freeze? Can we (or you) easily repair a puncture in sub zero temps – or just better to Cary a 1lbs tube? 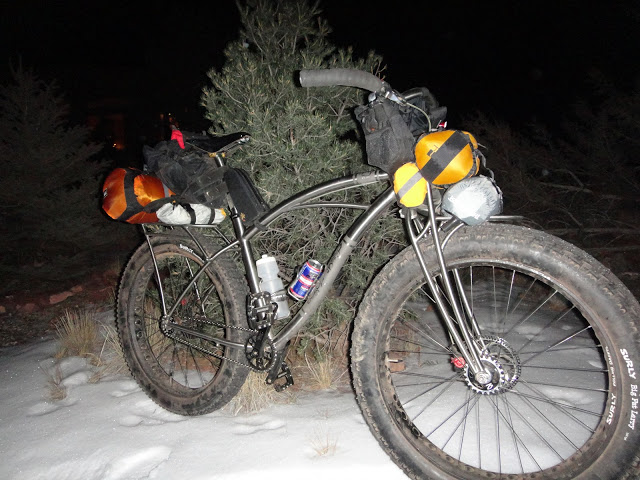 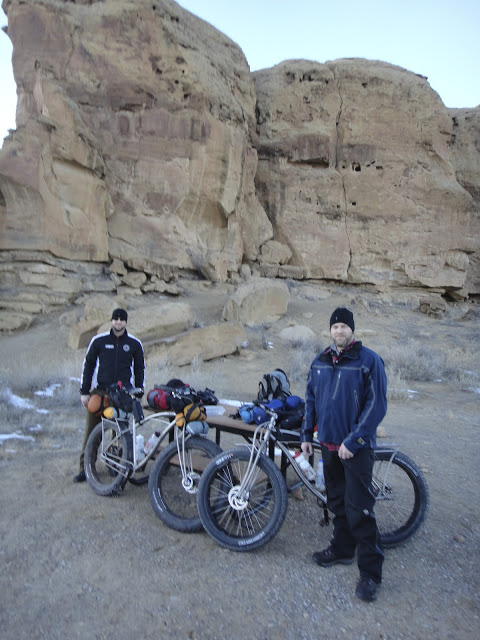 it’s a lonely canyon, sort of 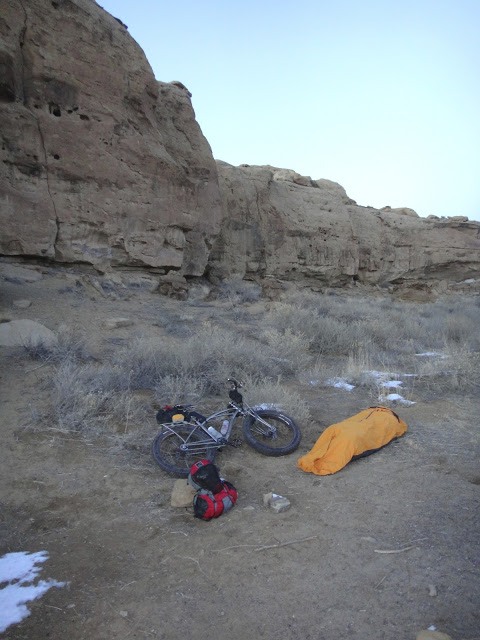 it’s a cold and lonely canyon
but a beautify canyon

can you say FREE RANGE… the old-fashioned way 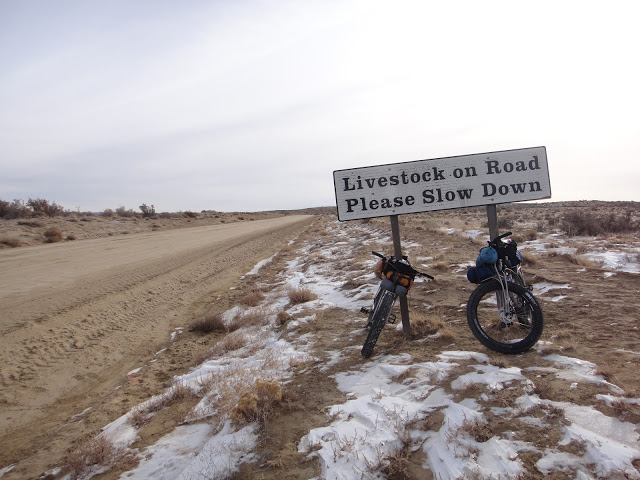 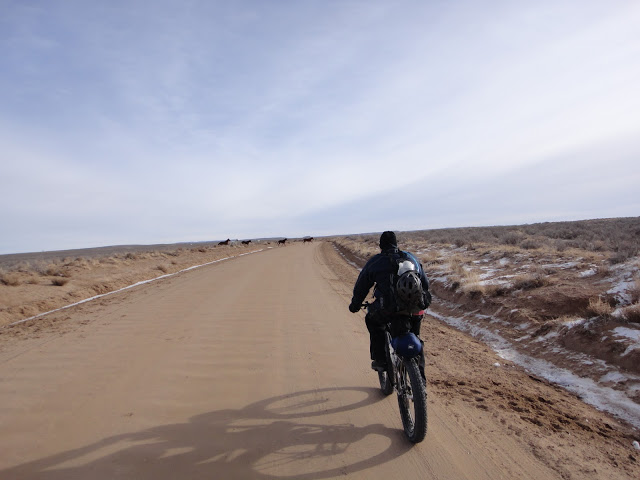 I want a windmill at my house. Don’t you?

The Judd poaching some POW
(POW = Powder…. if you didn’t know that) 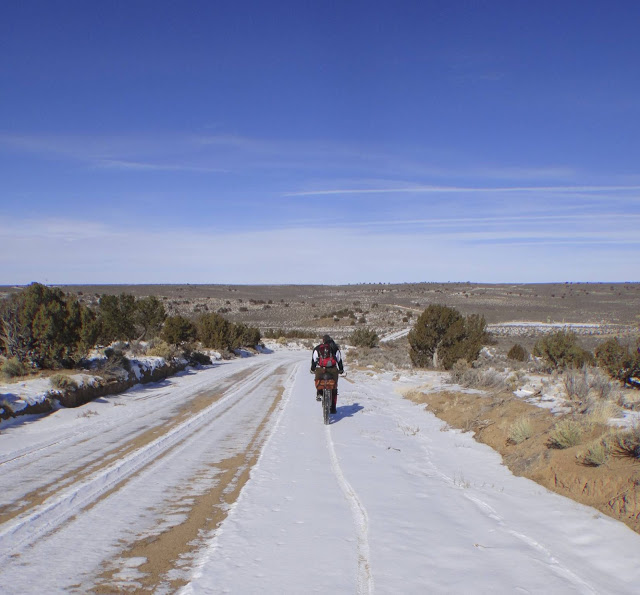 The Morale Chairman poaching some POW

just hanging in… the middle of nowhere 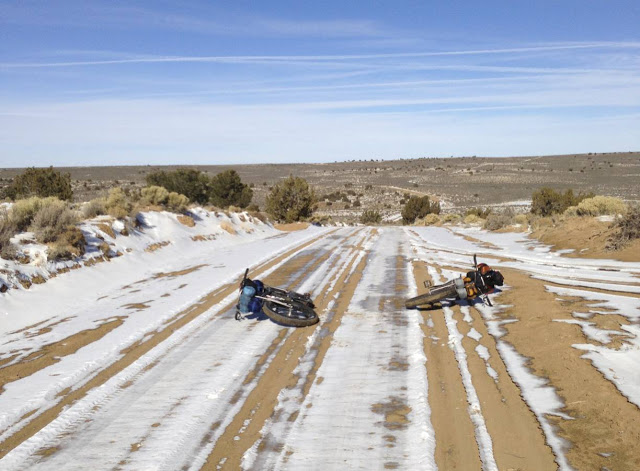 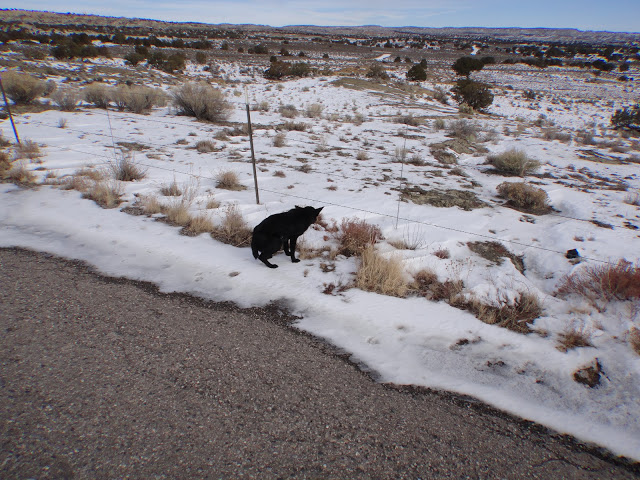 dude, you just ate two subway sandwiches
and you still want for food?

waiting for pickup in… the middle of nowhere