Skip to content
A Process Rooted in Ludacracy? What the F*^K?
Well, I googled “A Process Rooted in Honesty” and THIS was what Google Gave me…
http://www.nacr.org/wordpress/category/daily-meditations
Now that is some crazy Google S*^T.
So. A Process Rooted in Ludacracy sounds about right.
Anyway, back to the topic.
Letters of Intent:
Part of The Process that must be followed if YOU want to Roll with the Plaid and Patches… at the back of the pack
——————————————
BPR
Letter of Intent
By: The Cog Fairy…  EndlessBikeCo Chick
Sorry to be late as fuck with this. Joey asked for this months ago.

Stupid program won’t let me make the coupon “xyz“ so we’re gonna have to deal with “….” this once. In addition to 20% off of all EndlessBikeCo. Products for life, I am also willing to offer a free place to rest your head and a personal guide to Pisgah and Asheville any time so long as I live on the East Coast… can I get some endless e patches made for my shirt?

I dig ya’lls style. I wanna be part of BPR. However, I do run squishy front forks sometimes… I also like to ride (race) lifts and DH every once in a while. I also don’t have a titanium bike…yet. However, I promise to be a good addition to BPR. Can I wear my wings with the black and red? How about tutu’s? Where do I get one of those sweet shirts in a ladies small or mens extra small? I love to drink beer for breakfast along with those burritos. Fuck yeah! Single Fucking Speed! 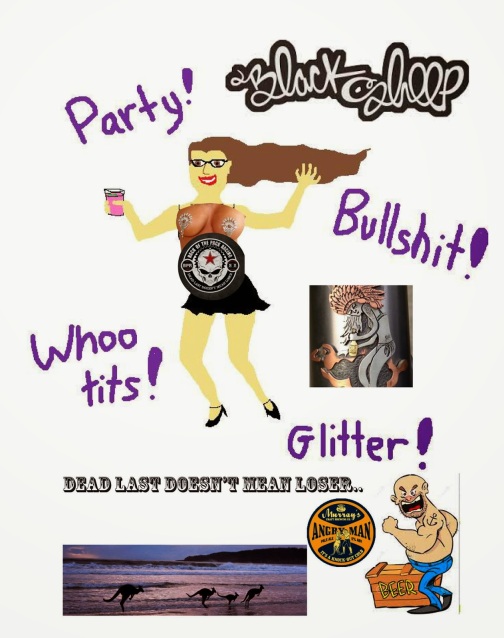 Background:
Back in the day, The Philosofizer… The Hustorian… The Leader… made all the decisions. If a dude was cool and wanted to roll, then The Philosofizer made a command decision. History shows that the decisions are ‘robust’, most of the time. (There was always that freak called PROB-EEE.) But now that people ALL OVER THE WORLD want to tag on and roll with The Crew, shit gets complicated. So we check references and all that other stuff.   Or Not. Then The Founding Fathers discuss The Issues at a BPR Supreme Council Mtg. Yep, the decision comes down to three dudes, sitting around a table, drinking beer and laughing about The Glory Days.
So, although The Founding Fathers make all decisions, we still have a process, we have a few rules. Thanks to the organizational initiative of Mad Rhino… Founder / Leader of BPR Arizona.

And because the Wu-Tang Clan belongs… at the back of the pack:
(just listen and chill… and don’t think… dude)