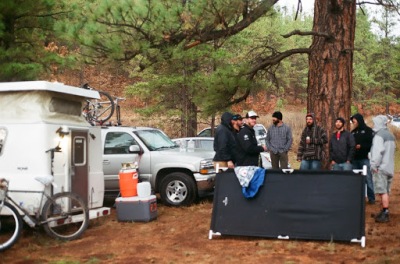 The Zuni Mtn 82 +
The BPR Global Summit =
Full on Ludacracy

Background: The Zuni Mtn 82 is the final stop on the New Mexico Endurance Series. AND the Zuni Mtn race serves as the daytime entertainment prior to the end of season Gallup Trails party.

The History: For a number of years The Founding Fathers rolled into the Zuni Mtns, in mid October, with three objectives.

Present Day: This year we decided to UP the Ludacracy by ditching the Supreme Council Meeting and organize The FIRST EVER BPR Global Summit. That’s right. We  encouraged all those that roll at the back of the pack to show up, ride & hang. Because that is what we do.

AND FULL DISCLOSURE. You ‘evolutionists’ couldn’t explain your way out of a parking ticket. So don’t even try to TELL me that the human race ISN’T infused by alien intelligence. Yeah. What I said.

Ok. Enough Jaw Jacking. Let’s get to the details that matter.

The Results:
This was a big year for BPR representation. We had fast dudes at the Front of the Back of the Pack, we held down the mid to back of the back of the pack. And of course a few of us deviated from the route, due to intense conversations which lead to missed turns. But that’s Normal

The Chaos:
Chaos really doesn’t start until Keg(s) enter the equation. (Maybe Kegs ARE the equation. Interesting.) Thanks to Krazy Karl, Back of the Pack Racing roll’d into The Zuni Mtns with two kegs AND 40 cases from 4 Peaks Brewing Company, PHX AZ. (40 cases? Ok, maybe 8 cases.) Yep. That’s how we roll. And if The Chaos is complicated by ‘foam’. Then… deal with it. Beer is beer. IPA is IPA. And Free IPA is AWESOME. 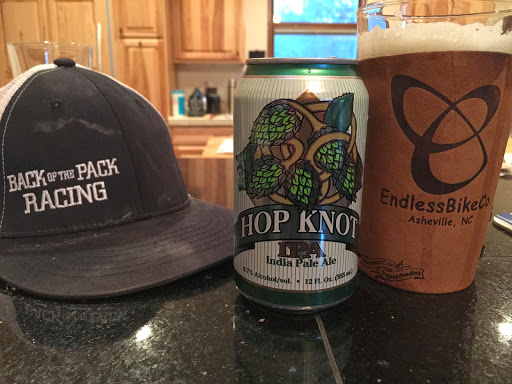 The Global Failure and The Future:
Although Back of the Pack roll’d in with two kegs from 4 Peaks Brewery, we didn’t exactly drain the two kegs. Dirty Paul took care of one. (The 6.9% RAJ IPA, by the way.) We only put a dent in the other. But our failure to execute proper behavior lead to a new commitment to The Future.

What AM I TALKING ABOUT? I don’t know. Just embarrassed that we didn’t drain both kegs. AND I ain’t the only one. Frog, aka, Frog was not exactly pleased that he was the only dude cut’n up the dance floor late into the night. Frog was not exactly pleased that all the BPR Hooligans hit the hay WAY BEFORE 11PM. So Frog has made it clear that The BPR CREW will meet expectations and face the important challenges head on – like tearing down the dance floor, draining the kegs and representing Ludacracy. I couldn’t agree more. We are professionals. We must act like professionals. We must meet expectations. Especially when two kegs are transported in the BPR caravan.

The Dudes & Dudettes:
Back of the Pack always returns to the Zuni Mtn / Gallup area for two simple reasons. The Trails and the Gallup folks. If you ever lose faith in humanity, just take your bike and some beer to The Zuni Mtns. You’ll quickly be welcomed into the coolest bike community around. (Unless of course you have an attitude that clashes with biking & booze. But then again, we’ll fix your attitude, for you. Free of charge.)

Next Year:
The Global Summit was awesome. It doesn’t get much better than Ride’n and Chill’n with The Crew. We intend to hold the 2nd Global Summit next year. Same race, same spot. And we encourage all freaks, all hooligans, all The Crew that hangs at Back of the Pack to make the trek. Global Summits are important. For some reason. And chill’n with The Crew is what WE ARE ABOUT. just say’n. Well The Race within The Race, The Race at the back of the pack, is kinda important too.

OK. Enough Lingo from The Historian. Let’s get to pictures:
Because words are boring and pictures aren’t. I think.

Just to Mesmerize you:

A Late Birthday Present from the BPR AZ CREW
//player.vimeo.com/video/110006271
give ’em steel from Judd Rohwer on Vimeo.


The Freaks… at the back of the pack 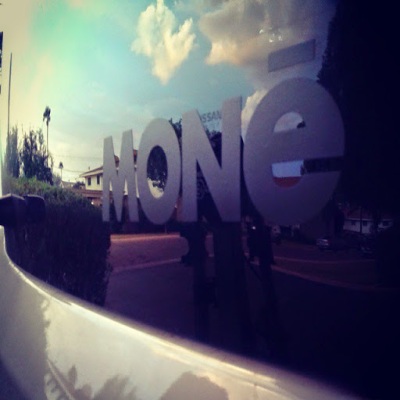 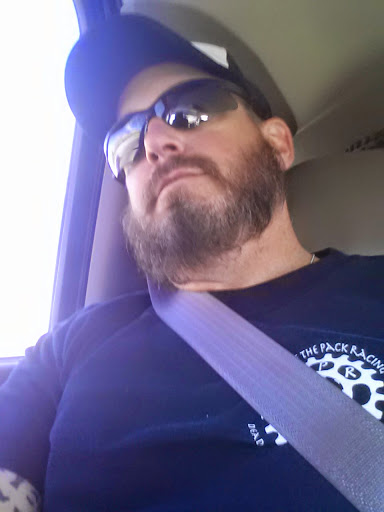 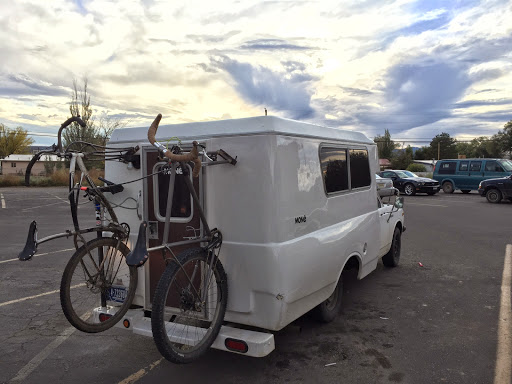 Look Closely. Mad Rhino is cranking out some CODE prior to the race

and Mad Rhino tries to justify laptops while Krazy Karl is hauling kegs.

A lookout Point. Cuz this is dangerous country. Dude 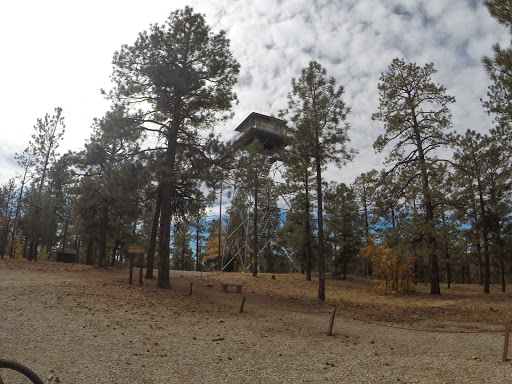 Frog taking position for his shift at The Lookout

Frog and Mad Rhino. Looking Out 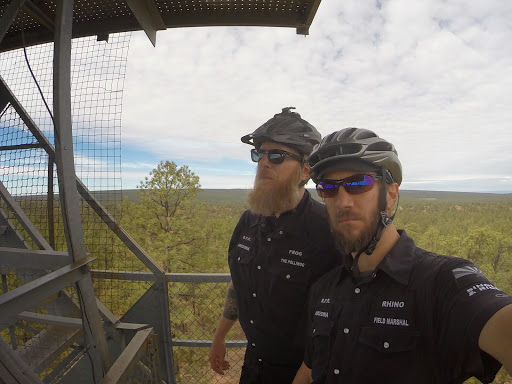 If you need a pillow, just take a detour in The Zuni Mtns
you’ll find a camping pillow on the side of the road… in no time

just a break, for a pic 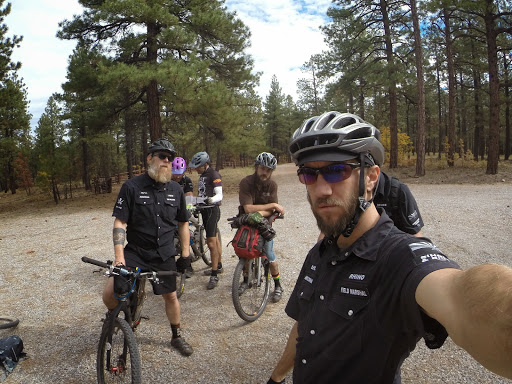 Frog and Joey need to stop staring at… people 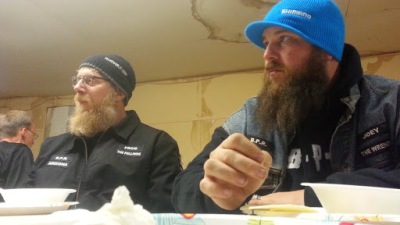 why is Krazy Karl called Krazy
I have no idea 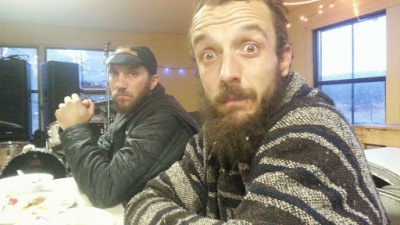 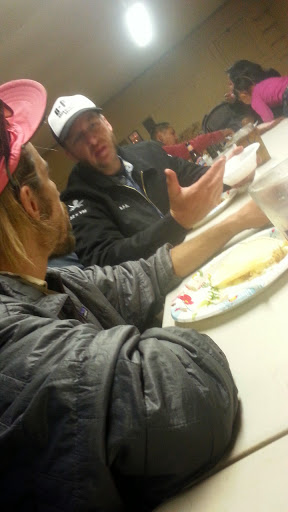 Eff Ugeyez forgot what he was say’n. Again

We really have no clue what Eff Ugeyez is say’n

Now we have no clue what Eff Ugeyez is doing

The Morning After:
Frog trying to explain what Eff Ugeyez was doing 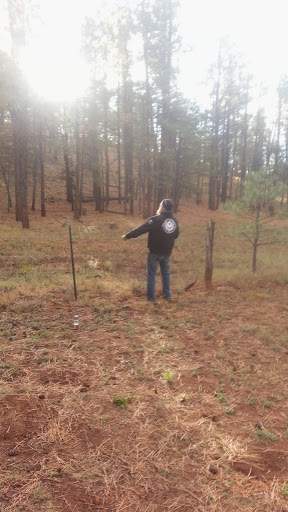 The Morning After:
I think we need to work on that keg

The Morning After:
The debrief with Eff Ugeyez